The Future of Unions: the power of citizens and the UK - EU Referendum

You are here: Home / Events / The Future of Unions: the power of citizens and the UK – EU Referendum
Edinburgh June
16th 2016 EA Event 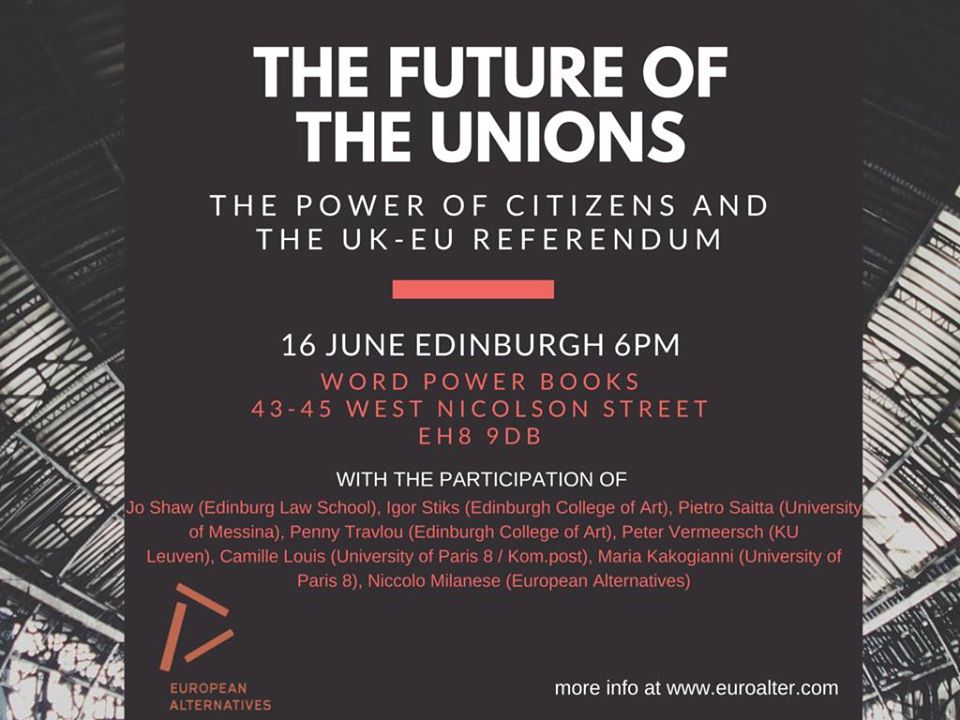 The UK referendum on membership of the European Union will potentially have momentous implications for the future of the United Kingdom, but also for the future of the European Union. Not just the ‘yes’ or ‘no’ result, but the majority of that result, the geographical distribution of the vote, and what conclusions are drawn by political leaders in the UK, Scotland and throughout the EU will set a course for future politics.
One week before the referendum we gather a transnational group of thinkers, activists and artists from throughout Europe to reflect on the referendum itself and its implications, the current state of democracy and the place and power of the citizen and non-citizens in Europe.

In association with the New Metropolitan