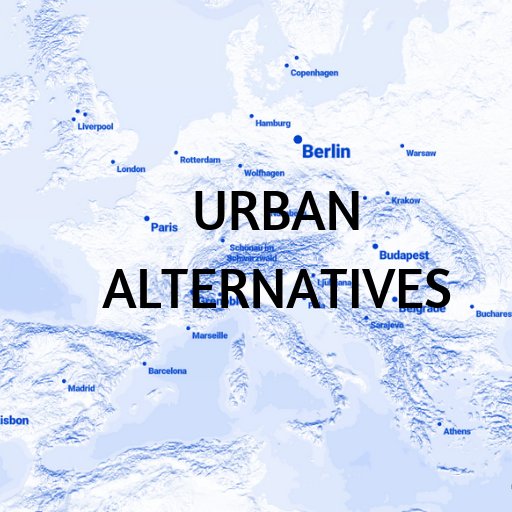 After long months of work, today we are finally launching  Urban Alternatives is an online map that has emerged from the cooperation between independent activists and researchers, and a number of different organizations, including European Alternatives, Transnational Institute, Habitat International Coalition and the University of Sheffield’s Urban Institute. The map is still ongoing and open for new content, so if you know about initiatives that should be added, do not hesitate to contact us.

Cities are a scene of resistance, innovation and alternatives: the place where social protests erupt and mutual cooperation unfolds, where street mobilisations, cultural creation and productive innovations emerge.

The Urban Alternatives map website should act both as a participative platform, and as a communication tool to work on transnational alliances of local actors and initiatives. The map currently contains over 40 cases. For their selection, we have paid attention to geographical distribution, and the mapping process is ongoing. Last year we were able to observe many different mappings of Europe, like the Transformative cities map by Transnational Institute and the Fearless cities map by Barcelona En Comú. It seems that the dynamic visualization of civil society processes is increasingly becoming an interesting source of information for activists, scientists and the public. The map is user-friendly, accessible and open for external collaboration and inputs.

The Urban Alternatives map website should act both as a participative platform, and as a communication tool to work on transnational alliances of local actors and initiatives. The map currently contains over 40 cases.

For example, since October 2018, homeless people have faced prison in Hungary after a tough new law was passed. One of the initiatives mapped is A Varos Mindenkie – “The city is for all” – a homeless and non-homeless activist group of grassroots volunteers in Budapest and Pécs that works towards an equal and just urban society. Its purpose is to stand up for the dignity of homeless people and to fight for the right to housing. In all the activities of the organization – from decision-making to organizing actions – people living in homelessness and housing poverty play a leading role.

EWS ElektrizitätsWerke Schönau is another example. This initiative is established as a citizens-led energy utility that now sells clean electricity to more than 170 000 households in Germany. After the catastrophe of Chernobyl (UA), a citizens’ initiative was founded in Schönau (DE), in order to tackle topics like saving energy and producing clean electricity together.

From its very beginning, the Urban Alternatives initiative was a collaborative project. The main challenge was how to find the best way to put all the data together, discuss it, analyse and visualise to make it interesting, comprehensive and useful. We split into several thematic working groups that will continuously work on the information gathered, help to inform the rest of the group, debate and provide different overviews on each case. To make it more concrete, the aforementioned working groups will discuss within their members and decide if an initiative would be included in the map, under which theme and under which tags to make it accessible and easy to navigate.

The themes on the map are:

We welcome the submission of new cases, so do not hesitate to contact us!

This article was first published on URBACT blog.