TUNISIA: THE JASMINE BLOOM MUST NOT BE ALLOWED TO WILT

You are here: Home / News & Stories / TUNISIA: THE JASMINE BLOOM MUST NOT BE ALLOWED TO WILT 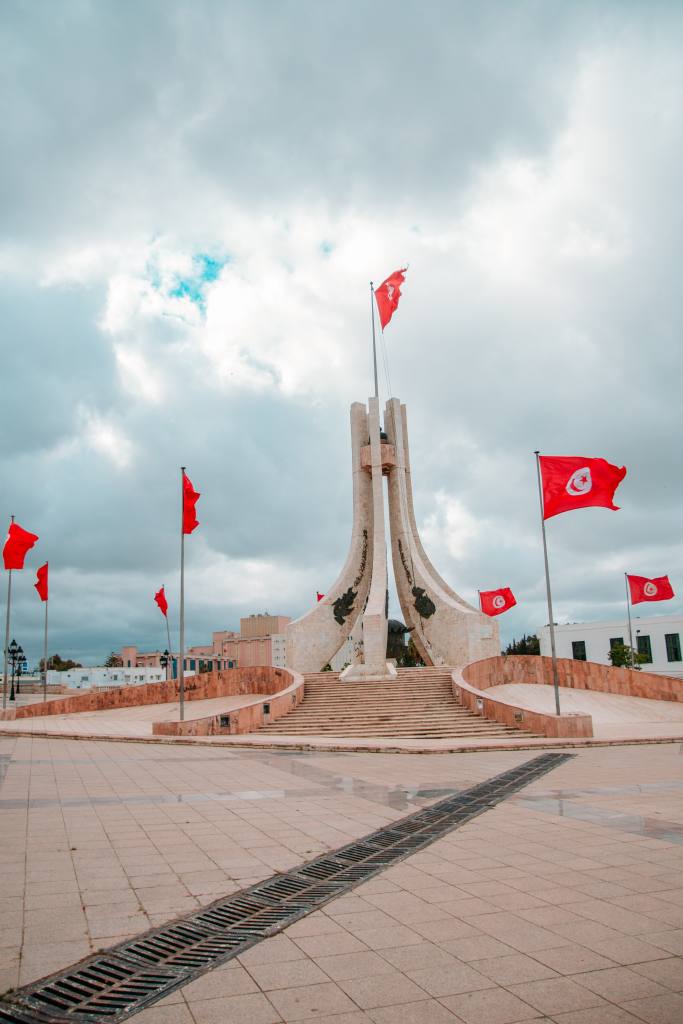 The real lesson of what happened on July 25 in Tunisia, when the president, Kais Saied, carried out what was, in effect, a coup d’état, is clear; autocratic populism is a serious threat to democracy. Nor should we, outside Tunisia, be under any illusion; the future of our democracy is also at stake there.

On that day, in a surprise move to cut through a political Gordian knot that had persisted since the beginning of the year, setting the presidency at odds with the parliamentary assembly and the government, President Kais Saied declared a state of security, invoking Article 80 of the Constitution, and suspending the Assembly of People’s Representatives. The problem, however, was that, under those circumstances according to the constitution, the Assembly could not be suspended, as it was considered to be “in permanent session” and, therefore, beyond presidential reach as the ultimate repository of sovereign authority.

Nonetheless, in a clear abuse of his powers, the president, despite his previous career as an academic constitutional lawyer, dismissed the prime minister, suspended parliament for 30 days, lifted the immunity of parliamentarians and assumed executive power. At first, he even sought to assume judicial authority as well, only to back down as, seven years after the promulgation of the constitution and partly because of presidential resistance in recent months, Tunisia has yet to establish a Constitutional Court. With the Assembly illegally suspended, there would have been no countervailing authority to the president, had he persisted in what would have been such a clear abuse of power.

Initially, even the armed forces seemed to have broken away from their traditional political neutrality for the president announced his measures flanked by representatives of the military and security forces. It soon became clear, however, that the army was only fulfilling the role of maintaining domestic order, even if the police were more proactive. Nonetheless, Yadh Ben Achour, one of Tunisia’s most renowned constitutionalists and head of the Higher Political Reform Commission which had been charged with reform of the Tunisian constitution after the Jasmine revolution in 2011, called the presidential action “a coup d’état”. The subsequent closure of Qatari television Al Jazeera’s offices in Tunis, the arrest of members-of-parliament on allegations of corruption and the use of military courts to try them merely confirmed his disquiet

Kais Saied, a political neophyte, was elected by a 73 per cent majority on a voter turnout of 49-to-55 per cent in the two electoral rounds of the presidential elections in September 2020 with a populist, messianic, anti-party and anti-parliamentary discourse. He sought an executive presidency in place of Tunisia’s current predominantly parliamentary system, supported by local representation based on ‘merit’ and not on party adherence which he sees as inherently corrupt. His electoral programme took advantage of the chronic inability of Tunisia’s democratic institutions to resolve the serious social and economic problems that had led to the fall of the Ben Ali dictatorship, such as youth unemployment, misery and hunger in rural areas, particularly in the interior as opposed to the coastal Sahel, now aggravated by the pandemic. The problem is that his anti-party rhetoric is uncomfortably reminiscent of the rhetoric which brought dictators like Salazar in Portugal to power in the 1930s.

President Saied’s coup has been hailed by the street, reflecting the discontent of significant sectors of the population with political parties and a parliament where party fragmentation has made consensus increasingly difficult. There have long been tensions between Tunisia’s dominant Islamist movement, despite its endorsement of democratic policy and the plethora of secular parties that innately distrust it. In addition, the old guard, now gathered round Abir Moussa, the leader of the Free Destourian Party, also seeks to dominate the political system instead. And corruption has undoubtedly reared its head – for example, Nabil Karaoui, presidential candidate and the leader of Qalb Tounis (the ‘Heart of Tunisia’), the second-largest party in the Assembly, has repeatedly been detained on such charges. But popular support alone for a coup does not necessarily make it legitimate, particularly in a state supposedly governed by the rule-of-law and a constitution.

What should be done

Worryingly, the decision of the president to concentrate all power in his hands has been supported by the United Arab Emirates and Saudi Arabia. Their support, however, has little to do with their concern about Tunisia’s problems. The success of Tunisian democracy has always been seen as a threat by Middle Eastern dictatorships, particularly in the Gulf, as a dangerous example that alternatives to their despotic regimes do exist. As a result, Tunisian democrats must hope, at this time of crisis, that they will find support in the democracies of Europe and North America. The European Union, in particular has been Tunisia’s main political and economic partner in terms of trade and aid. It has been the Union which has been prepared to engage at moments of crisis, as occurred in 2013 when Tunisia’s Constituent Assembly seemed to be on the point of collapse. Then European states, including Portugal, contributed to a democratic resolution of the crisis.

Today, the analysis of those who advocate the eradication of the Islamist Ennahda party, on the grounds that the current crisis is a consequence of the conflict between the heirs of Western secularism and “radical Islamism” must be rejected as a completely undemocratic approach which will ultimately fail. Even if, in general, the European Union continues to trade democracy for security in terms of its external affairs, contrary to what it promised in 2011, Tunisia has been the exception and this exception the Union must preserve. It has come to know Ennahda and knows that the party does not have a theocratic project, that it is a conservative but also a democratic party. Furthermore, Rachid Ghannouchi, the leader of Ennahda, has always favoured compromise, drawing lessons from the experiences of the Algerian civil war in the 1990s and the political consequences for the Muslim Brotherhood when it was in power in Egypt. The role of Ennahda, notably that of the late Islamic feminist Labidi Maiza, in the Constituent Assembly and its role in drafting the democratic constitution clearly demonstrates this to have been the case.

The Tunisian transition has challenged all of Tunisia’s political parties. Ennahda survives, but in the nine years since democratization began, it has lost the support of more than half its original electorate and this erosion of its popularity has made it far more vulnerable. Inevitably, the failure of the social and economic policies of the governments in which it participated must have a democratic political cost and it should now move into opposition and rejuvenate itself. However, for it to be outlawed, as the dictatorships of the Middle East now propose, would be to end democracy in Tunisia itself. It is, therefore, vital that the Union takes on the role of mediator in the Tunisian crisis, promoting dialogue between President Saied and the political parties. Europe cannot simply confine itself to calling for “the restoration of parliamentary activity”; it must insist that the interruption of the democratic process will have serious consequences for relations with the Union, in particular with respect to the financial support it provides the country.

The European Union must consult with the Biden administration, where the coherence of its attitudes towards the democratic agenda has been open to question, on a response to the very serious crisis of democracy in Tunisia, as it did in relation to the Belarus situation – after all, Tunisians have no less right to freedom than Europeans. In addition, once constitutional legality has been restored in Tunisia, the Union must go further with the support it is already giving Tunisia, to help it tackle the serious economic, social and pandemic crises that it faces.

Tunisian civil society, notably the General Workers’ Union (‘Union Générale des Travailleurs Tunisiens’) which was one of four civil society groups jointly awarded the Nobel Peace Prize in 2015 for its role in resolving the 2013 crisis, will once again be decisive in resolving the current crisis. Yet the cautiousness with which it has reacted reflects society’s dissatisfaction with the political parties and the difficulty for the Tunisian left, which adheres to French secularist principles, to accept, even now, the integration of an Islamist-inspired party into the democratic game. Everything leads one to believe, however, that they will not commit the same suicidal choice of many Egyptian liberals, who supported General Sissi’s coup in July 2013, believing in the army’s promises of a merely temporary suspension of democracy, but who are now the victims of its ongoing brutal repression.

Tunisian democrats know that the return to an authoritarian regime will not solve their serious social and economic problems. The life of unfree misery in the Ben Ali era is still very much in evidence. European democrats should know that what is at stake also concerns them directly. The collapse of freedom in Tunisia will be a victory for the populism that threatens all our democracies. In 2011, the Jasmine Revolution gave the signal to unleash an Arab democratic wave of change. From Morocco to Syria, millions of citizens demanded freedom, justice and dignity. The Tunisian revolution, even with its countless setbacks, was the only one to triumph, keeping the democratic hope of civil society in Arab countries alive. Yet even if Brazilian singer Chico Buarque’s song in 1974 had prematurely claimed that the Portuguese carnation had withered away, there is now the danger that the Tunisian jasmine may wilt in its turn. But let us not, if it is in our power, allow the jasmine to die instead.