You are here: Home / News & Stories / May is getting closer, what’s out there to do? 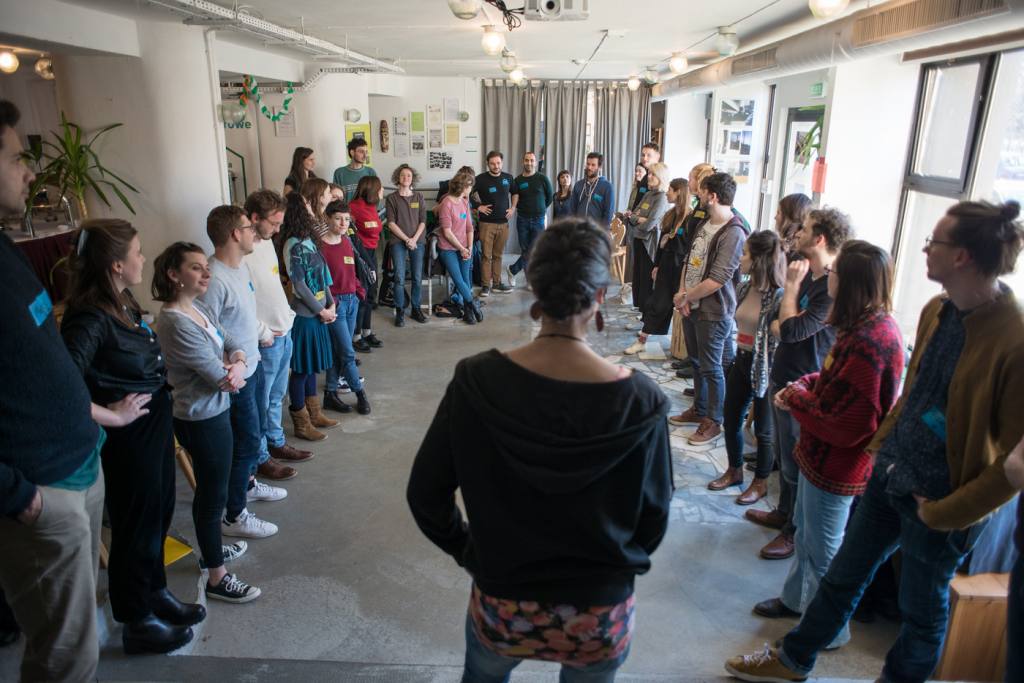 The EU Elections are getting closer, but it’s not only about voting.

From 23 to 26 May 2019, European citizens are called to vote for the next European Parliament. But democracy and participation are not only about casting the ballot. While every passing year seemed to show a stronger far-right movement which is gaining space and growing in numbers, we are also seeing a broad number of movements that are effectively fighting back.

For the past few months, the initiative European May, supported by European Alternatives’ School of Transnational Activism, has been working on connecting and uniting different grassroots movements around Europe and their demands: “we can only win this fight over the future if we stand together in unconditional solidarity. We will not be divided across lines of gender, race, or nation.”

“Today, all over Europe, people are rising up. School children are striking to demand climate action and environmental justice. Working people are standing up against a race to the bottom depriving us of fair wages and working conditions, and the rights and means to resist powerful employers. Women are demonstrating for equality and the right to rule over our own bodies. Migrants are fighting for equal democratic rights as citizens,” say European May activists.

They outlined different actions through May:

On the 1st of May, we join the people who take the fight for social and workers’ rights to the streets. As European May, we solidarise with the 45 million members of the European Trade Union Confederation (ETUC) and workers around the world. Together we stand united in our struggles to improve the wellbeing of all working people and families.

On May 4th, we will call for the establishment of free movement as a human right. We will do this through a series of coordinated events and actions all across Europe at symbolically important locations. Political borders create unnecessary humiliation, suffering and death for migrants. If we want to stop this suffering, we need to act now.

On the 5th of May, we want to highlight the always more shrinking civic space all over Europe. Therefore, we want to exemplary show how European governments are systematically taking on our liberties, and reclaim civic spaces for us.

On May 8th, the international day for remembering the victory over fascist Germany, we are organising an extensive performative action and campaign whereby citizens will be showing the red line they draw in opposition to the new forms of right-wing politics and neo-fascism in Europe. It invites to draw red lines physically in public space, leaving public marks, or symbolically by wearing a red cloth or scarf during the timed performative action.

May 9 – Shake the Summit

On May 9th 2019, EU leaders will draw the lines of the “Future of Europe” during a summit in Sibiu. Despite ever more urgent calls for constitutional assemblies, our leaders have failed to involve the people of Europe in this process. Treating Europe as an elite issue, however, will not solve the current crisis of integration. “Europe Day” 2019 is our chance to show that European civil society is ready, by organising alternative summits with people who otherwise won’t be heard. Let’s show them that alternative assemblies are already a reality!

At the same time, ahead of the European Parliament elections, European Alternatives launched the first transnational open calendar of progressive mobilisations and actions happening all across Europe. In the calendar, they gather all the initiatives, conferences, mobilisations and demonstrations that are pushing for a democratic, anti-racist, and human rights-based future. We think it is important to tell the story of the alternative Europe in the making. There are already hundreds of citizens’ initiatives and movements working and acting at the grassroots level in their communities. Citizens that believe that there is always an alternative when you have the strength to construct one.

In the past decade, Europe has witnessed the spread of solidarity actions and refugee-welcome initiatives, ‘blockupy’ mobilisations against the policies of the European Central Bank, the launching of NGO boats to rescue migrants in the Mediterranean; Amazon and Deliveroo strikes in the gig-economy, mobilisations to protect or advance women’s rights to abortion, protests for freedom of the press and against corruption; demonstrations led by students demanding climate actions. All these initiatives have been led directly by the civil society who are coordinating across borders to claim their space for a democratic, human rights-based, anti-nationalist future.

In less than two months millions of citizens are called to vote. These are the groups of young activists proving that political participation should be much more than going to the polls.

Description: European May is a European collective of progressive political organisers, independent of traditional political parties or NGOs. We are building a new model of grassroots political power to change politics in Europe for the better