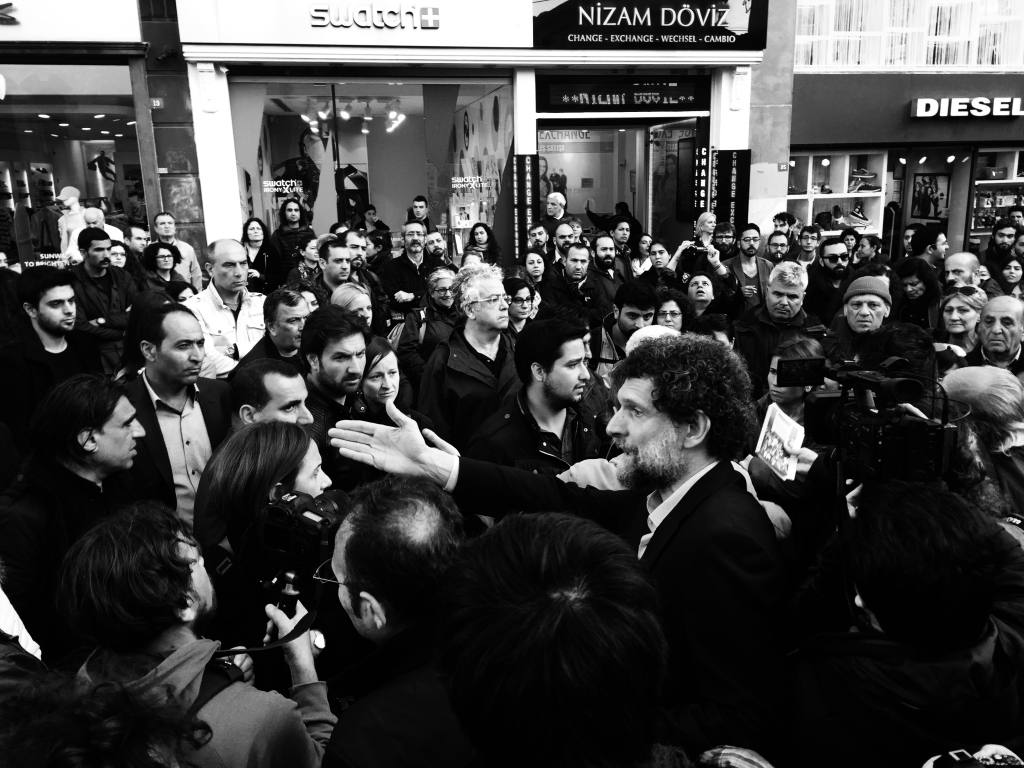 Osman Kavala has been in prison since 2017. In 2020, he was acquitted by the court from the charges directed against him for his involvement in the Gezi Park protests.

However, as he was about to be released from prison, an out-of-the-blue charge of “espionage” was hastily brought against him so that he could be kept in prison while the public prosecutor -with the unashamed political support of Erdogan- objected to the acquittal at the higher court to get it quashed. With this trick, Kavala continued to be tried on the same charges at a different court to make sure that this time he would be found guilty; and that is exactly what has happened.

What is more, while the new court found him guilty and sentenced him to “heavy life imprisonment” – which is the highest penalty they could impose under Turkish law – they found him not-guilty on the charge of espionage which was utilized to prevent his release in the first place. Therefore, apart from the charges related to the Gezi Park events having no legal substance and credibility, how he was kept prison on a false charge of espionage was a blatant violation of the essence of the law.

The whole saga of Osman Kavala’s trial and his sentencing to heavy life imprisonment – along with the sentencing of 7 others to 18 years imprisonment each- is a new example of how Turkey’s legal system is being utilised by the government and president Erdogan to further their political interests in gross violation of the law.

It is therefore of great importance to inform all democratic,  as well as legal organizations, in Europe about this unlawful sentencing of  Osman Kavala and 7 other democrats and make them raise their voices  against this unlawful sentencing. It should be the duty of all democrats to side with the democratic forces of Turkey in their struggle to remove Erdogan and AKP from power in the General Elections scheduled to be held next year.