Solidarity starts with us 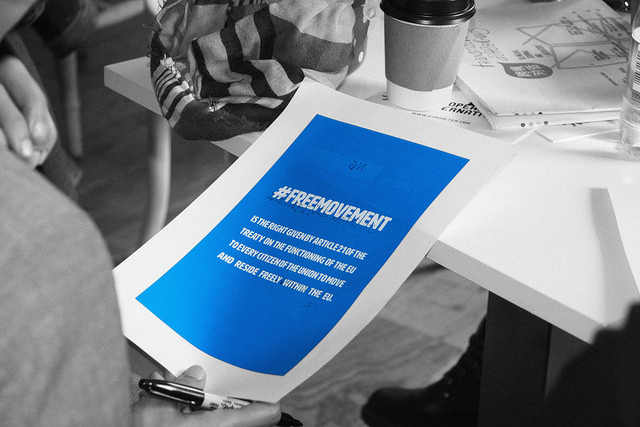 On the evening of Saturday, April 25 over 30 people including activists, journalists and academics convened for a workshop to discuss what it means for Londoners to identify and engage with our European neighbours, as well as those beyond.

Participants were given cards and asked to imagine individually and then collectively what the UK and London would be like if the UK left the EU. Pauline de Zeeuw led us through the exercise, which is being developed into a bigger project to engage Londoners in imagining the city if the UK leaves the EU and how this will impact the city and their lives.

EA Trustee Board member, Noel Hatch; Indra Adnan of Soft Power Network and Floris de Witte of the LSE then led an interactive discussion on London and the EU. Key points discussed included: the need to broaden the pro-EU arguments beyond the purely economic and to recognise that London would not be the microcosm of the world it is without freedom of movement and migration in both colonial and post-colonial times.

The evening was capped off with live political comedy by Tiernan Douieb, Ahir Shah, Chris Coltrane and MC-ed by Sarah Campbell.