School of Resistance: This Madness has to stop 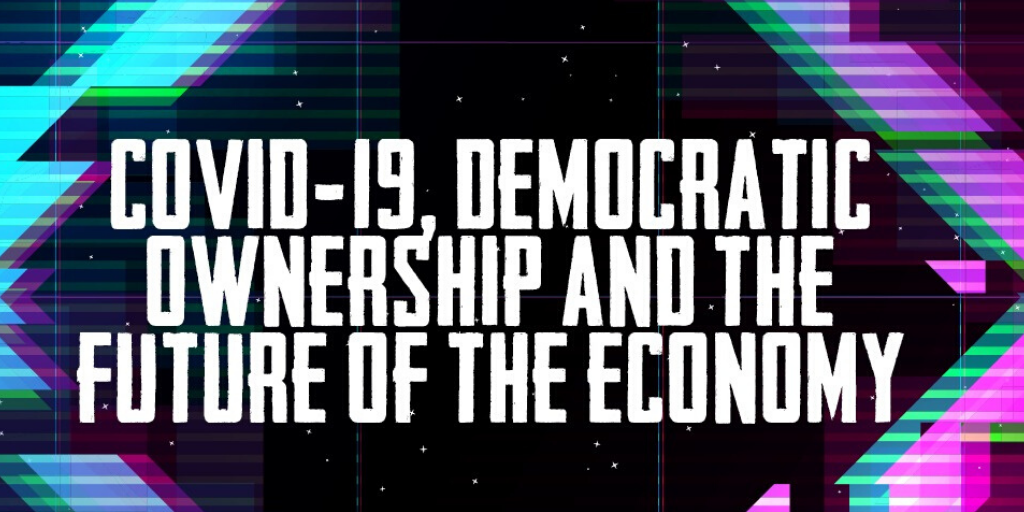 School of Resistance Event May 16th at 18h CET

On April 20th, 2020, the oil price dipped below zero for the first time in history. It wasn’t the only world record caused by Covid-19. In no more than a few months, a nasty virus was able to pull off what worldwide protest marches and general strikes couldn’t do: slowing down our planet. Correction: slowing down all human activities on this planet.

Suddenly, as a society, we remember the meaning of ‘economy’ as a way to support life and not to make profit at whatever cost. But how can we shape the future of our planet, without falling back into old damaging patterns? To solve the problems we are facing today and to come up with valuable alternatives for the future, the biweekly livestream School of Resistance creates a platform of experts of change around the world: artists, activists, politics and philosophers.

The first episode This madness has to stop is live-streamed this Saturday, May 16, 18:00 (CET) and is realised in the context of and with the support of the Wiener Festwochen. With a speech by Kay Sara (Brazil), followed by a discussion with Tania Bruguera (Cuba) and Milo Rau (Belgium), moderated by Lara Staal (Netherlands).

A project by IIPM and NTGent, in collaboration with the Akademie der Künste, Berlin, Medico International, Merve Verlag and funded by the German Federal Cultural Foundation (Kulturstiftung des Bundes). The opening speech “This Madness Has to Stop” is realised in the context of and with the support of the Wiener Festwochen.

The online series School of Resistance starts off with a speech by the indigenous artist and activist Kay Sara. Her speech should have opened the Wiener Festwochen live on the stage of the Burgtheater Vienna. But Covid-19 decided differently and Kay Sara sends a video from the Amazon. Her message is clear: today’s turbo-capitalist system poses an irreversible threat to the Amazon, the planet’s green lung, and therefore has to be stopped. An accusation, an outcry, a wake-up call.

Following the speech, the Cuban performance artist Tania Bruguera, the Swiss director Milo Rau, and the Dutch curator and moderator of the talk Lara Staal engage in a dialogue about forms of activism in the arts today. Another meeting that should have happened live during the Wiener Festwochen, but inevitably takes place from the artists’ homes instead.

Kᴀʏ Sᴀʀᴀ, an indigenous artist and activist, grew up in the Brazilian state of Amazonas and is committed to the adequate representation of indigenous people and the preservation of their environment against the threat of mining companies and the agribusiness. She will play the role of Antigone in Milo Rau’s production of Sophocles’ Antigone in the Amazon.

Tᴀɴɪᴀ Bʀᴜɢᴜᴇʀᴀ is a Cuban performance artist and activist and uses her artistic work to examine political power structures and their effect on society’s most vulnerable people. Her work has been represented in leading collections of MoMA and Tate Modern among other places.

Mɪʟᴏ Rᴀᴜ is director, author and the artistic director of NTGent (Belgium). Since 2002, he has created and published more than 50 stage plays, films, books and political interventions and has been rewarded with several honours and prices such as the European Theatre Prize in 2018.