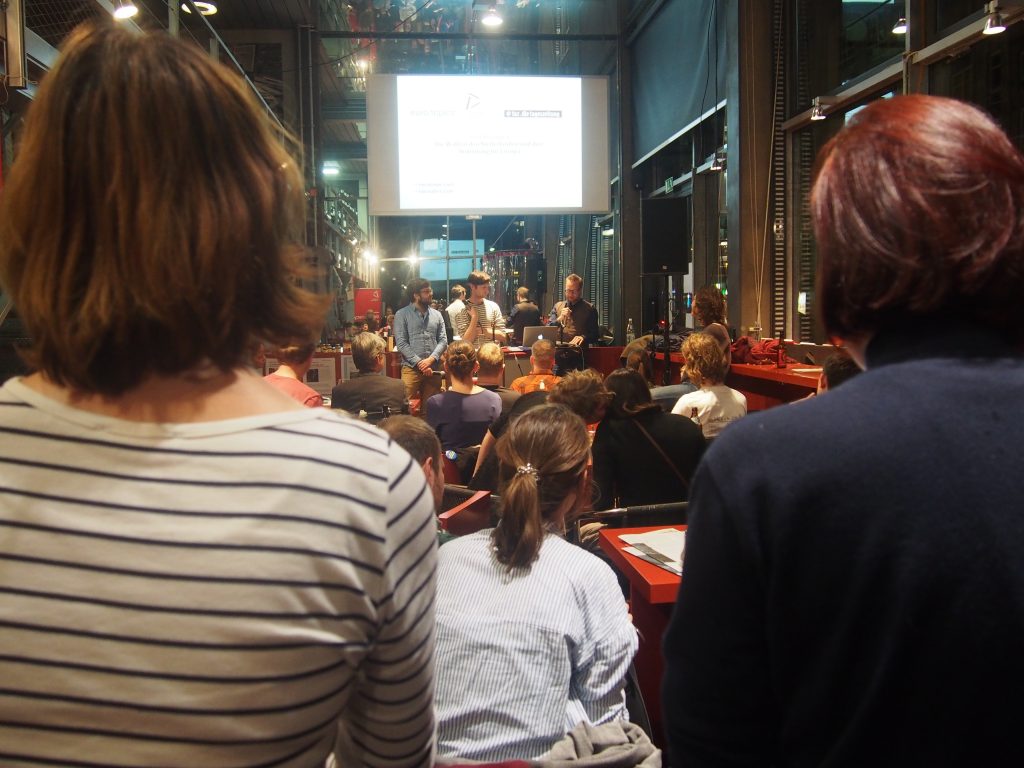 After Brexit and Trump, the elections in the Netherlands were eagerly awaited across Europe due to the expectation that they may point to the way ahead. While many are interpreting the defeat of Wilders’ PVV as a general defeat for the right-wing populists across the continent, the strong dominance within the election campaign of the PVV and their new position as the second most powerful party can’t be easily neglected.

On Wednesday, March 15th, European Alternatives and euro|topics – hosted by the taz Café – discussed with Berliners – including a number of Dutch citizens – the election results and their potential consequences for Europe.

The evening started with some fun facts about the campaign (including looking at the app Kamergotchi) followed by a broader discussion on the elections,  including comments from Juurd Eijsvoogel, journalist of NRC Handelsblad and Tobias Müller, foreign correspondent of the taz.

The focus of the discussion was the increasing influence of populism and nationalism in the Netherlands, which is clearly striking when looking at the results of the elections, even if the xenophobic party PVV received less votes than expected. The feeling of uncertainty, economically as well as culturally,  is widespread in the Netherlands and the emotional appeal of the populists gained momentum in the country. People admitted that they support Wilders despite the fact that they don’t believe he is telling the truth, and violating basic laws. From the media side, there were a lot of uncertainties on how to present and report about Wilders while left-wing media stuggle to break through in the Netherlands.

Overall, the right-wing parties won the largest number of seats. Even if the Conservative party of Mark Rutte, VVD, lost a few seats, it remains way ahead of the other parties. The results were however a big disappointment for the Labour party (PvdA, -29 seats), which traditional supporters most probably turned themselves to other left-wing parties. The GreenLeft, led by Jesse Klaver, indeed achieved a remarkable win (GroenLinks, +10 seats). The challenges of the PvdA can be explained by an unfavourable turnover of the leadership of the party. In Germany, we can see something related happening at the moment, with the remarkable influence of the chairperson of the party – in this case Schulz – giving hope for the Social Democrats.

Even though the Dutch campaign was criticised as boring, the turnout was strikingly high (80,2%). The discussions about the coalitions will take some time, as it is the case usually in the Netherlands, but all main parties have vowed not to collaborate with Wilders.

European Alternatives will continue discussing the upcoming elections in the broader European perspective – the next will be the French elections in April/June.