Can co-creation help reach (more) social justice in the city? A research workshop preliminary to the Saint Denis Case Study

You are here: Home / News & Stories / Can co-creation help reach (more) social justice in the city? A research workshop preliminary to the Saint Denis Case Study 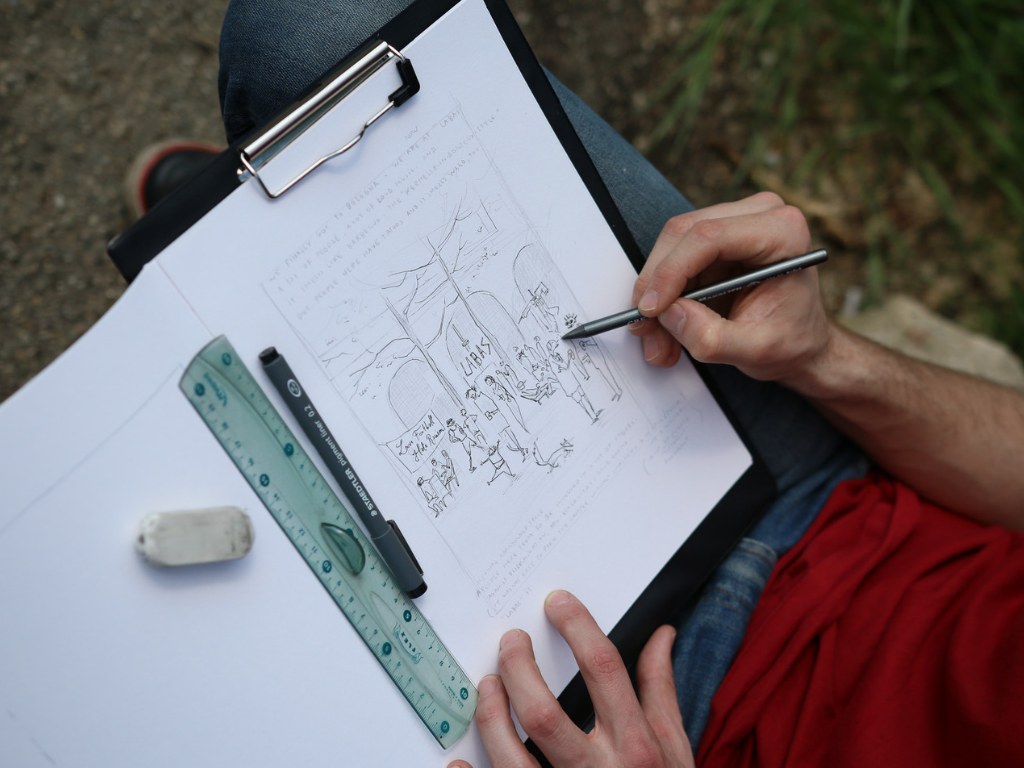 Creativity and (In)justice in Saint-Denis: Can co-creation help reach (more) social justice in the city?
A research workshop preliminary to the Saint Denis Case Study in Saint Denis

From the 20th – 22nd September we are running a workshop with the objective of co-create a mapping of spaces of creation and co-creation in Saint Denis, a commune in the northern suburbs of Paris, from a researchers’ point of view. The mapping will be continued by inhabitants during the October workshops (22-26 Oct) and then it will be reflected upon within the case study (a potential Case Study Kick Off would take place in January/February 2019).

Activities of the workshop

• Reflect about the topic of creativity and social justice.
• Discuss and Exchange on definitions creativity in the city
• Discuss how co-creation seem to apply to the territory of Saint Denis
• Learn about/ Discover/Identify spaces/locations linked to creativity and social justice (first mapping exercise). For instance: institutional spaces, occupied spaces, socio-education centres, some street corners, underground spaces…

We welcome researchers from partner universities of the co-creation project and beyond (researchers interested in the topic of co-creation and in the topic of creativity in less advantaged areas of the city). We expect the researchers to contribute to the whole research after the workshop either by writing a blog post with their observations for the co-creation blog or by planning a mobility based on their research interests to work on a possible chapter to the case study. The workshop will run in French and English.

Can arts and co-creation contribute to building a just city? Investigating creativity and its potential social impact: The case study of Saint Denis, France

The Saint-Denis case study will investigate how the notion of creativity is articulated with that of social impact of the arts by actors involved in the making and financing of art activities
(artists, art venues programme directors, political decision makers, audience). The case study will propose a mapping of spaces and locations of creativity in Saint-Denis by diverse actors (academics, inhabitants, public servants). It will also focus on how and under which conditions arts and creativity can have a social impact and contribute to social justice. What are the key element a creative process should have to become a vector of social justice?

The main questions for the case study are:
1/ what do the actors who plan and practice creativity expect from their activities?
2/ where do they practice creative activities?
3/ Are these spaces/ activities on the map of public policy? What are the relationships with the public actors and financers?

European Alternatives
The “Co-Creation” project is a four-year research project that aims to address urban disadvantage and territorial stigmatisation, by bringing together different actors such as researchers, policy makers, residents and artists, to ‘co-create’ understanding about marginalised neighbourhoods and to address disadvantage.
Read more