Are we entering a Europe-wide ‘winter of discontent’?

You are here: Home / News & Stories / Are we entering a Europe-wide ‘winter of discontent’? 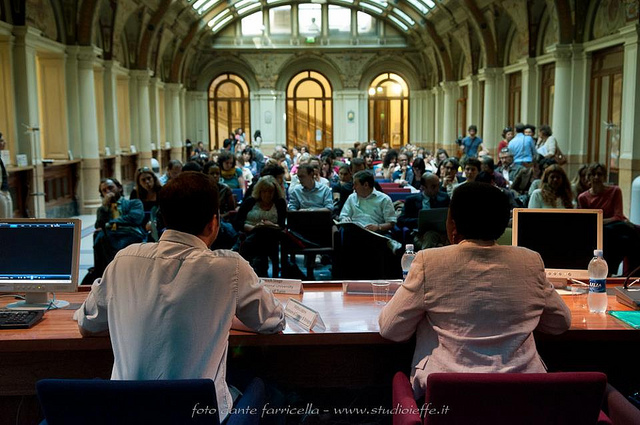 by Sam Logan and Dominique Tuohy

During the past few weeks,  a remarkable wave of youth protest in a number of European countries has gathered pace. Murmurs of a return to 1968, or that we are entering into a ‘winter of discontent’ abound.

In the UK and Italy, young people have mobilized in large numbers against  proposed overhauls of their respective higher education systems. When we consider how different higher education was for the generation which currently hold the reins of power to the system they are trying to impose on their children (or grandchildren), such a response is hardly surprising. In the U.K.,the generation who currently hold the reins of power not only gained degrees for free, but could claim unemployment benefit during summer, Christmas and Easter holidays, and could get their train ticket home at the end of term paid for by the state, right through the recession of the 1980s, when the British state experienced severe fiscal difficulties  and much of the welfare state was slashed and burned.

This is conveniently overlooked, and the reforms are presented as if they are driven  by  fiscal necessity, as if there couldn’t conceivably be an alternative way to fund the higher education system than to charge undergraduates £9000 per year. If the reforms are passed, fees at this level will make England’s public universities the world’s most expensive  (education policy is devolved to Welsh, Scottish and Northern Irish assemblies, and both the Welsh Assembly and the Scottish Parliament have voted against an increase in fees in their jurisdictions).

The coalition government claim that the proposals are fair, as students can take out a loan to cover the fees with interest rates at below the market level (though still inflation plus 3%), and won’t have to pay any of it back until they earn more than £21,000 per year, and that the policy would protect the position of the poorest students.

The fee review is the result of an independent review by Lord Browne, which outlined two options to plug the gap in funding of the higher education system – a graduate tax (whereby graduates would pay an additional tax that non-graduates on the same salary wouldn’t), and a fee increase.

It is not entirely clear whether or not the policy will survive a vote in Parliament. A prominent LibDem councillor states that he feels that the party membership ‘overwhelmingly feels  betrayed’, and a number of LibDem MPs are expected to vote against it. The vote is currently scheduled to take place on Thursday, 9th of December.

A large number of protests against the reforms have taken place, which have been largely peaceful, with the occasional outbreak of violence, most notably when the Conservative Party headquarters were occupied and over £1million of damage was caused.

Meanwhile,  in Italy, a cash-strapped Italian government is seeking drastic reforms of the country’s higher education sector, and the proposals could see universities that are running a deficit being forced to close. The education minister Mariastella Gelmini argues that the reforms will help to counteract the proliferation of ‘useless’ degrees that has taken place in recent years, and will make higher education in Italy more meritocratic, transparent and internationally competitive.

The UCU (Union of Colleges and Universities) have just  published a survey which claims that over 40 Universities in England will be at risk of closing if they become dependent on students for funding.

In France, a country with a much stronger heritage of public political protest than the U.K., protests against the pension reforms have attracted a strong level of interest amongst under-18s. Many commentators argue that many people who have participated in the protests have done so out of a general frustration at the government, rather than any  concern about the pensions  reform specifically.

Consequences for the Bologna Process

The reform proposals in the UK in particular, are likely to act as a setback to the achievement of the goals of the Bologna Process. Highly varying fee levels are likely to act as a barrier to the mobility of students across Europe. Furthermore, there is the additional consideration of fairness. How fair is it that the system in England is more or less self-funded, when degrees for all European citizens in other countries are paid for entirely by the taxpayer?

While the U.K. Government present a degree as an ‘investment’, the value and security of which can be measured and predicted with accuracy, in reality, there’s nothing secure about an 18 year old investing that much money in anything. Viewing a degree as an ‘investment’ in financial terms is misleading, as many of the current ‘crunch generation’ of graduates will testify. Talk of a ‘lost generation’ has abounded since the onset of the financial crisis, with unemployment amongst young people (graduates or otherwise) at record highs across Europe. The reality of the current labour market is that an undergraduate degree at the very least is a pre-requisite for entry into a professional workplace, while unemployment levels testify to the fact that in many cases even this is not enough to secure a job. Third level education is thus an equal opportunities issue. The proposed education reforms will bring about a situation where the education one can attain is based on one’s ability to finance it. How many young people in future generations will therefore be ‘left behind’?

If higher education is to become truly self-funded, and if governments are keen on pursuing a true ‘market’ for higher education, then the sector should act as a market, and provide better information on what its services would provide. If students are to be expected to pay so much for their education, more information should be provided on the prospect for returns on their ‘investment’.

The debate on education reform is situated within the wider debate on austerity measures in Europe and indeed the debate surrounding what kind of society we Europeans wish to live in. The right to an affordable and high quality education which provides each European citizen with an equal opportunity to succeed in the labour market should be a fundamental right. In a recent editorial European Alternatives presented its position on the current wave of austerity spreading across Europe, advocating a shift of focus to the transnational dimension. With solidarity across Europe citizens can, and indeed must, come together to construct a new, and truly just, society for all Europeans. We must come together, to act now!

This article is one in a series of articles on the topic of education reform in Europe that European Alternatives is currently developing. Stay Tuned for more!

Please all see and sign our petition demanding that European citizens be engaged by our representative institutions in the definition of a new European economic architecture.