An ever closer (student) Union

You are here: Home / News & Stories / An ever closer (student) Union 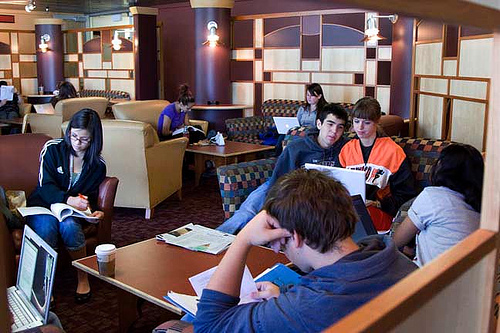 Demonstrations, occupations and other forms of protest have sprung up around the continent in the UK, Italy, Netherlands, Poland, Slovenia, Bulgaria, Romania and Ireland, each contesting their government’s attempts to further slash education budgets and increase tuition fees. As opposed to other mobilisations such as the anti-war movement or poverty campaigns, these months have not witnessed any significant level of European coordination among student activists broadly protesting about similar issues. Students in Europe are getting mobilised about the same concerns: education moving from a universal right to become a prohibitive luxury.  However, protests are fragmented around the continent and focused solely on national dynamics.

It is ironic that this generation, born after Maastricht, often grown up with their first pocket money in Euros, is still unable to effectively frame its battles within a truly transnational framework. As individual EU member states (or sometimes their regions) are still in charge of education budget and reforms, it seems reasonable that students’ protests and mobilisation are aimed at these levels. However, there is room for a higher degree of coordination of local and national student unions to fights common causes. Students and their representative bodies could share best practice in terms of organisational structure, successful actions that led to satisfaction of students’ demands as well as subject-specific issues. The 2003 demonstration against the war in Iraq is a case in point. Even if foreign policy (just like education) remains an area managed by nation-states within the EU, students participating to the European Social Forum in Florence agreed on a simple matter: to demonstrate against the war on the same day. The rest of the world joined in and the first world-wide demonstration became reality. The war went ahead, but the determination of many European countries not to join the attacking coalition, can be partly attributed to unprecedented levels of manifested public disapproval.

On top of this, the reduction in education budgets is part and parcel of a Europe-wide consensus – backed up and promoted by member states in the European Council and, to an extent, the European Commission itself – around deficit reduction and austerity measures. Fighting the economicist consensus of “there is no alternative” is key in demonstrating that a structurally different approach to education and research is possible. And European consensus can be shifted only by bottom-up European alternatives.

For these reasons, we advocate a closer union and coordination between European students and collectives engaged in the same battles. The Paris student’s summit (in italian) called by the Edufactory network in February is a welcome step in this direction. For our part, we started asking six students around Europe to tell us about their main hopes as well as obstacles to a more effective collaboration between students in Europe.

Are you a student in another country not mentioned below? What are your answers to these questions? Let us know and we’ll publish them.