Tunisia: from the point of view of an activist exiled in Italy: An interview with Osama Al Saghir

You are here: Home / Euroalter News & Stories / Tunisia: from the point of view of an activist exiled in Italy: An interview with Osama Al Saghir 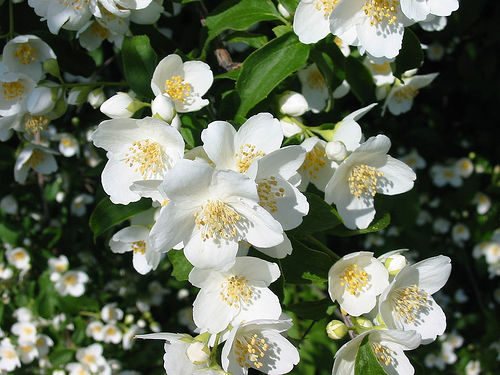 In 1789 French patriots sparked off the row of modern times. The masses showed that no oppressive force would ever have been capable of apprehending the anger that was borne of their humiliation for having been denied the right to decide their own destiny – both as men and as citizens. They did this for the right embodied in the dignity of expressing themselves through their desire for freedom.

I want to call this to mind in the introduction to my interview with Osama Al Saghir, founder, and former president of the Young Italian Muslims, Tunisian citizen, and refugee in Italy.

Let’s start with you, when did you move to Italy? Why?

I arrived in Italy in 1994, as Ben Ali’s government repression against opposition activists was worsening, particularly with regards to Nahda, which is the party that my father worked for.

It is an Islamic party which aims to establish a democratic renaissance, returning to the foundations of Islam, and Arabic culture. Presenting it as an influence that was in line with extremist views was one of the strategies brought forward by the regime and it received tacit agreement from global media; however Nahda’s moderate stance has actually been criticised by the Muslim Brotherhood itself.

How did Ben Ali come to power?

This gentleman managed to overthrow the government in 1987, having had a medical team declare the incompetence of his ageing predecessor, Bourguiba. The coup was supported by various western secret service agencies and particularly by Craxi’s Italy. At first, Ben Ali promised to carry out a series of liberalising reforms and to uphold a peaceful state. It was not long, however, before he showed the oppressive nature of his power. He stamped out the opposition and passed himself off, to the west, as an enemy of Islamic extremism even though it was neither influential, strong nor embedded in Tunisia. For no other reason than to defend their own economic interests in the region, global powers accepted the role that he had made for himself. What is more, his actions were not even the expression of an intellectual vision, unlike Bourguiba, who was always the man that dreamed of and denoted a modernized and secular Tunisia influenced by Ataturk; he was the man who slammed Geddafi for his anti-western sentiments. Ben Ali, on the other hand, was no more than a brutish dictator, who censored any condemnation, and who in the end could not even manage to maintain a semblance of economic efficiency. Instead he and his wife’s family ransacked the country.

What do you mean?

Look, it basically worked like this: If a foreign businessman wanted to invest in the country, all he had to do was to find one of Trabelsi’s (Ben Ali’s wife) relatives to act as a business associate. He would transfer a certain percentage to them and apart from that, he would be exempt from tax and could expect to avoid any friction with the law.

And then the revolution.

Exactly, the revolution. First of all, I want Europeans to understand something: this is not a bread revolution. It is not a protest on the part of a brutalized and starving population. Or at least, that is not the only driving force. For us, since the flower is the national symbol of Tunisia, this is a Jasmine revolution. It is the salvation of pride in a country that has been home to one of the cultural bosoms of the Arab world (the famous Zaitouna University); a pride in a country whose population is capable of democratic self-rule but has always been denied the right. Now these people have risen, in the most peaceful way possible given their circumstances: they are accepting their dead without killing because they would sooner set themselves on fire than murder a man from the regime. Tunisians want to participate in a democratic state; they want autonomy for one and for all.

How is European civil society perceived in all of this?

European civil society? Where is it? Where has it been? Of course, we have relied on the help of certain courageous non-governmental organisations, and your people have accommodated us, but those of you who take an interest are a small, educated minority. You see, my family ran away from a dictatorship with the desire to live in a free, democratic state. I am a convinced democrat and I feel like I belong in Italy because I have grown up here, but also because I feel at home here. Nevertheless I have never had the right to vote. I have been here for 17 years: I have studied and lived my life with western democracy all around me, and yet I have never been able to take part. As such I have assisted in the regression, not only of the Italy’s openness but also that of Europe. People almost prefer to be frightened by a stereotype than to look reality straight in the face. I have seen Europe support dictators who are in contempt of the values engraved in its flags, its hymn books and its constitutions; and by doing so allowing any notion of a European dream to waste away. This is also the case for the Arabs – and there are many – who arrive here and think of Europe as a synonym for the hope of freedom and dignity. By nourishing a European dream, you would protect yourselves a hundred times more than any tyrant.

What is the climate now? Do you think the revolution could have a domino effect across the Arab world?

It is probable that it could spread, but it is impossible to say how or when. The only certainty is that across the entire region there is a strong intolerance of corrupt authoritarian regimes, who take no interest in the country they run. Of course, in Tunisia the outcome is democratic, but people are still on the streets because they want to build an accomplished democracy. No republic can be put together by people who are still faithful to the old regime, by members of the president’s party, who have apparently cleaned up their act at the last minute. We want men who are loyal to a new order based on freedom. This revolution is a huge reclamation of liberty: over and above any political leader, it is the people alone who have, overthrown a tyrant, in the face of everyone’s disbelief – including mine. By doing so they have achieved something that I imagine most westerners unable to do, they have earned their freedom. They have fought tooth and nail on the internet and in the streets: using blogs and video phones; and illegally accessing Al Jazeera to share their message regardless of the regime’s filters and censorship.

So we could conclude by paraphrasing Rosselli: “today Tunisia, tomorrow Arabia”?

Hopefully, if the democratic wave of liberalization continues, and if as many people as possible decide to take control of their lives. I want to quote the revolution’s most heard phrase, by a poet who represents Tunisia and the Arab world in general: “If people decide to earn their freedom, destiny can but respond.”