The EU should seize the Biden/Harris moment

You are here: Home / News & Stories / The EU should seize the Biden/Harris moment 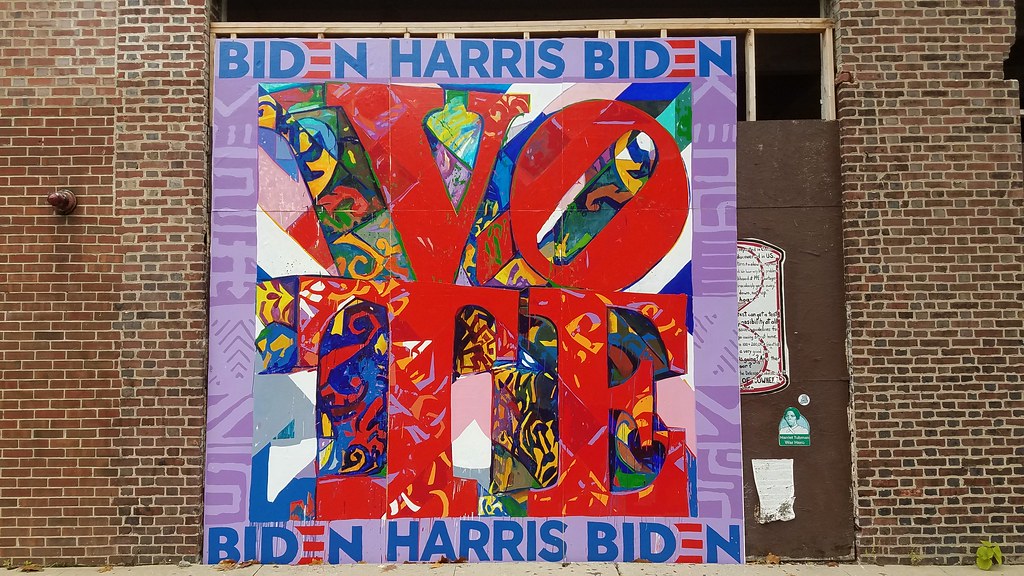 The Joe Biden/Kamala Harris victory in America’s presidential election is excellent news for the European Union (EU) for a Biden-Harris presidency may be able to reverse the autocratic wave that has swept over global politics recently and prevent the destruction of the multilateral order that has governed international relations since the end of the Second World War.

Donald Trump’s victory in the 2016 presidential election was a painful shock for everything that we believed in – the democratic achievements of my generation –  were suddenly threatened by an obscurantist counter-revolution; by the emergence of a political current that some have called national populism but that I, along with Umberto Eco, would classify as neo-fascism.

Yet, in reality, democracy was already at death’s door at the time but it was Trump’s victory that misdirected it into an autocratic wave: Brazil elected a reactionary as its president, the United Kingdom left the EU, the extreme right gained a platform in Europe, and the most reactionary forces in the Middle East found an ally in the new American president.

The international rule-based system of rights and duties, as well as the international institutions as we knew them, had become endangered by the United States because it had turned into a pariah state. Russia’s Vladimir Putin seemed to feel that he now had carte blanche to destroy Syria, Recip Tayyep Erdogan, in Turkey, aimed to rebuild the Ottoman Empire, whilst Saudi Arabia sought to annihilate the Yemenis and behead its other opponents.

In 2016, too, Hillary Clinton was a member of Bill Clinton’s and Blair’s seductive neo-liberal current and considered the workers who suffered from the effects of unbridled globalization and who feared Chinese competition, to be ‘deplorables’. This, however, is a legacy that Joe Biden and Kamala Harris have promised to eliminate.

The choice of Kamala Harris, who not only identifies as an African American woman but also defends progressive policies in the senate, is vivid proof of the evolution of the Democratic Party’s agenda.

Four years later, in the face of a devastating pandemic, Biden, the centrist, now  incorporates the aspirations of popular social movements, from the women’s march to the Black Lives Matter movement, and thousands of civic, national and community initiatives as well. He has summoned to his campaign the talent and the social and ethical commitment of many of his leading supporters and has told them that he wanted to be “the most progressive President since Roosevelt.” This is why he has come to defend some of the essential elements of the Green New Deal, from reducing CO2 emissions to fighting social inequalities.

Many of those who supported him will continue to mobilize and demand the fulfillment of those promises. It was this agenda that enabled the alliance between the centrists and the leftists that defeated Donald Trump.

Yet, the Democratic Party today is less dependent on the “Wall Street wolves”, more capable of fighting racism and of promoting a multicultural programme, based on secularism and equal rights.  Furthermore, the choice of Kamala Harris, who not only identifies as an African American woman but also defends progressive policies in the senate, is vivid proof of the evolution of the Democratic Party’s agenda.

However, to implement its ambitious programme, the Democratic Party will also have to capture the majority of seats in the Senate, a more challenging agenda. Nonetheless, even if it does not do so in January, the impact of Biden’s victory will inevitably be of great importance, for Donald Trump’s defeat will not only contribute to the deconstruction of his obscurantist narrative, the world of lies and conspiracy theories, but will also weaken leaders like Jair Bolsonaro and Viktor Orbán.

With Biden, the United States will return to the World Health Organization and the Paris Agreement on climate change; it will also return to the JCPOA – the nuclear disarmament agreement with Iran signed in 2015 – and will continue the arms control agreements with Russia. With a new American administration, it may be possible to put the rights of Palestinians back on the international agenda. For China, Biden, without confrontation or complacency, must opt to resolve the differences in the multilateral framework, to prevent a new confrontation, whether overt conflict or covert challenge.

We must hope that the EU will decide to take advantage of this Biden/Harris moment in the United States as the new presidential inauguration looms in January 2021 – it would be a noble ambition for the Portuguese presidency to adopt in the first semester of the New Year.

It would, in short, be crucial to accommodate the political agenda created by such a democratic victory to renew the multilateral organizations that have been marginalised over the past four years, making them, instead, more inclusive and effective.

Such an outcome is imperative for the revival and reform of the World Health Organisation (WHO) and for the launch, alongside the United Nations, of a global plan to overcome the pandemic, thereby ensuring universal access to the vaccines designed to conquer COVID-19. That should become the main priority  of the EU during the Portuguese presidency. At the same time we need a global pact to overcome the economic recession that we face and to confront the climate emergency. In other words, we must focus on a Global Green and Health New Deal.  Only then will another future be really possible.