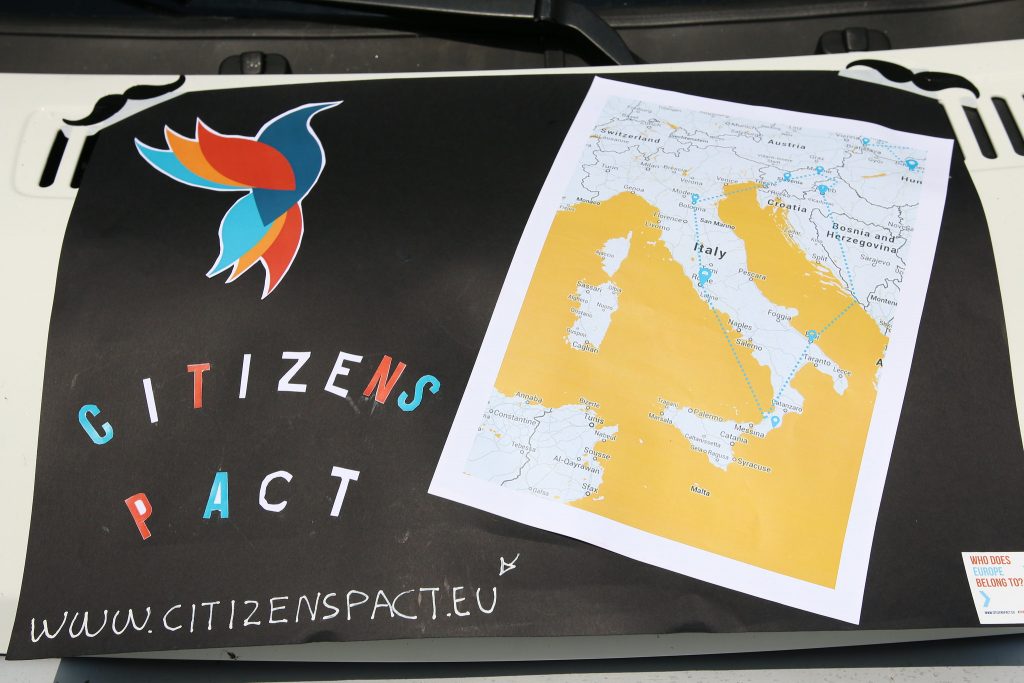 The Citizens Pact is a bottom-up effort to bridge the infamous democratic deficit in Europe. This process empowers citizens to take action, to participate in the development of a European political sphere, and to ensure the 2014 European Parliament elections are truly transeuropean, rather than a sum of national logics. The Citizens Pact, launched in December 2012, brings together a coalition of citizens and organisations joining in to advocate for concrete demands for the Europe they want to live in. You can find our set of principles by clicking here.

We believe that no way out of the economic, social and political crisis in Europe can be found without putting citizens at the centre of the decision-making process and having European debates that go beyond national perspectives. Building on three years of citizens’ consultations organised by European Alternatives throughout Europe, the Citizens Pact gathers citizens, civil society organisations and local authorities from all over Europe around the realisation of a Citizens Manifesto by the end of 2013 where a shared set of demands for change in EU decision-making will be formulated, on topics ranging from employment and welfare to civil rights and economic and political reforms. Many other organisations and citizens groups will join in the Citizens Pact with their own activities and local actions: a plurality of methods will be used for a shared goal- more democracy in Europe.

Transeuropa Caravans 2014: connecting alternative local voices aims to reach out to Europeans, to connect local alternative voices and to amplify their voices across the continent, while mapping political struggles in Europe.

In view of the European Parliament elections in May 2014, they also participated in bridging these voices with candidates running for the elections, asking them to take up some of these demands and ideas. Building on a three-year participatory process of collecting proposals across the continent, which led to the elaboration of the Citizens Manifesto, the Caravans offered a platform for people to raise their concerns and voice their initiatives. They were invited to add proposals to the Manifesto and to share their stories at the EU-level.

At the end of April 2014, six campers  travelled towards European cities, passing through more than 30 spots which had been identified in the previous research phase. The main routes covered 18 countries, from Rome to Zagreb; Prague to Budapest; Berlin to Lublin; Paris to London; Barcelona to Lisbon; Cluj to Athens. Transnational Caravan teams (made up of a coordinator, a communication and a logistics officers, a video-maker and a cartoonist) engaged with people on the ground who were involved in political struggles for democracy, solidarity and equality, on topics ranging from the defence of minorities’ rights to the environment, the fight for common goods or the resistance to the power of financial markets. 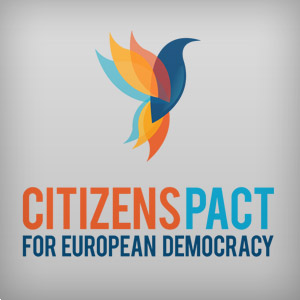 The Citizens Manifesto: our demands for Europe

Citizens Manifesto for the 2014 European elections

The Citizens Pact is a bottom-up effort to bridge the infamous democratic deficit in Europe. This process empowers citizens to take action, to participate in the development of a European political sphere, and to ensure the 2014 European Parliament elections…
Read more Download
Read more Download