Palermo shouts! Collective public action for the life and freedom of migrants in Libya

You are here: Home / News & Stories / Palermo shouts! Collective public action for the life and freedom of migrants in Libya 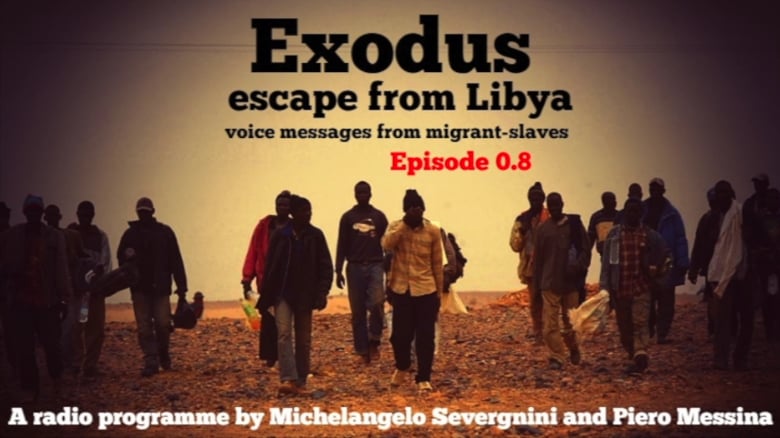 On the occasion of the International Conference on Libya, to be held in Palermo on 12 and 13 November, Stalker invites the City of Palermo, its inhabitants and civil society organizations to participate in a collective public performance aimed at amplifying the shout for life and freedom of the hundreds of thousands of migrants now trapped and at risk of violence, torture and slavery in Libya. The City is invited to spread and amplify, using every possible means – from houses, bars and cafes, from cars in circulation and from public spaces – the desperate appeals of migrants voiced in the documentary, “Exodus,escape from Libia” by Michelangelo Severgnini and Piero Messina.

By participating in this public performance, the City of Palermo, which gave its name to the International Human Mobility Charter, will make clear to the Heads of State and Government gathered for the international conference the urgent need for action to rescue hundreds of thousands of men, women and children stranded in Libya.

The diffusion of the audio testimonies of migrants on line from Libya will begin at 8 pm on November 12th, when 10 orange maritime rescue ladders will be thrown from the windows of the roofless church of Spasimo. The ladders were originally made by Stalker / On with the Pakistani crew of the ship Spirit II, which was impounded in the port of Naples for months in 2004. In solidarity with Palermo Shouts!, the ladders have been restored in the alleys of the Calabrian town of Riace by it’s local and migrants inhabitants , many of whom now face de facto expulsion from the town celebrated around the world as a model of integration.

The project is done in collaboration with: