Our Petition to the European Parliament

You are here: Home / News & Stories / Our Petition to the European Parliament 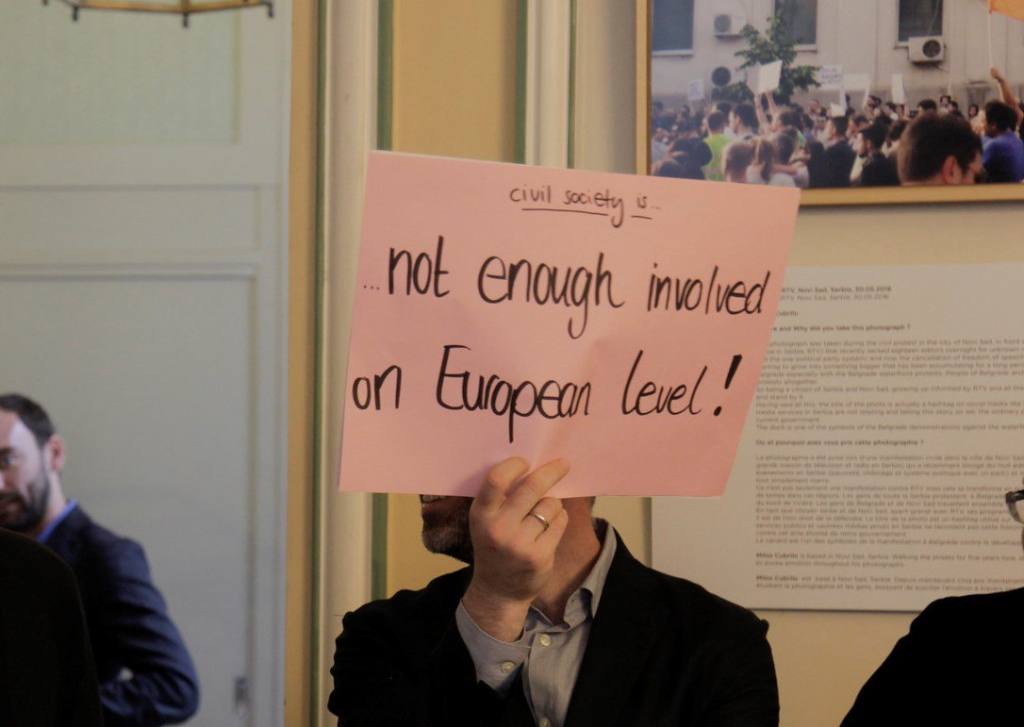 Our Petition to the European Parliament: For a transparent and participatory citizens-centered Conference on the Future of Europe

We are writing to you with the negotiations on the Conference on the Future of Europe currently underway. The Conference, announced by President Ursula von der Leyen prior to her appointment as Commission President, promised that Europeans will build the future of the Union and that citizens should play a leading role in setting the priorities and level of ambitions of the EU.

The expectations of the Conference are high, as they must be for the Conference to address and meet the challenges facing the European project at this critical moment in time. However, the way in which the Conference is currently being prepared is highly problematic: the three EU institutions are meeting behind closed doors to agree on a joint declaration and citizens are left completely in the dark. There is no attempt at involving citizens in designing the Conference, and citizens are not in any structured way updated on what is proceeding in the negotiations, let alone are they given the opportunity to contribute and co-create. This is against the spirit of Article 1 of the Treaty on the European Union, which states that decisions should be “taken as openly as possible and as closely as possible to the citizen,” as well as against the spirit of Article 15(1) of the Treaty on the Functioning of the European Union, which states: “In order to promote good governance and ensure the participation of civil society, the Union’s institutions, bodies, offices and agencies shall conduct their work as openly as possible.”

Therefore, we call on the European Parliament to update citizens immediately on the interinstitutional negotiations, and to do so regularly, and to ensure that the joint declaration shows the necessary room and mechanisms for citizens and civil society to further co-create the Conference in the spirit of ‘equal partnership’ promised by Ursula von der Leyen (see political guidelines for the European Commission 2019-2024). In order to achieve this, we call upon you to:

You may wish to read for more details the 10 principles for a citizen-centered Conference on the Future of Europe for the full Conference guide prepared by the Citizens Take Over Europe coalition.

The COVID-19 pandemic brought to light the fragilities of the European Union and made clear that a participatory and transparent Conference on the Future of Europe is needed more than ever. At the same time, the pandemic enabled a stronger cooperation between civil society and the European Parliament, where other Petitions had been brought to your attention on the topic of a democratic and transparent response to COVID-19 (329-2020). We call on you to demonstrate your democratic courage to support the design and implementation of the Conference that the EU and its citizens need.

Transnational Democracy
We are a group of civil society organizations, citizens and residents from across Europe, joined in a common effort to promote a forward-looking and citizens-centered European democracy.
Read more