For an international peace movement for Syria

You are here: Home / News & Stories / For an international peace movement for Syria 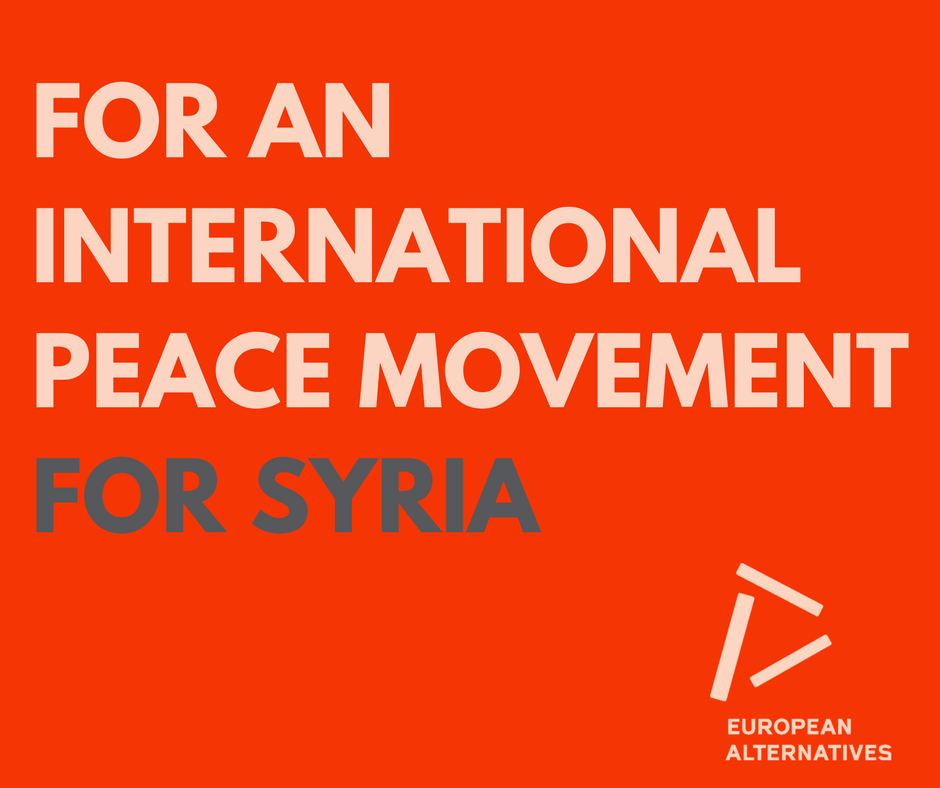 Six years ago the citizens of Syria rose up to call for freedom and social justice. The legitimate interests of these citizens should be kept at the center for any plan to resolve the conflict.

Unilateral military intervention in Syria will not pave the way to peace. European countries acting as cheerleaders for such a move is shortsighted and shameful, as is continuing to sell weapons to countries in the Golf suppressing their own citizens or those of neighbouring countries.

As the situation in Syria continues to degenerate, as the Assad regime continues to show its disdain for its own citizens, and as the lives of Syrians are taken hostage by geopolitics, we call for civil society groups and organisations from throughout the Middle East, Europe, the USA and elsewhere to join into a peace movement demanding a ceasefire, negotiations, humanitarian corridors and a humane program for refugees fleeing the conflict.

Peaceful civil society groups should be included in an international summit to plan a multilateral resolution to the Syria conflict alongside state actors and the belligerents. Such an international summit ultimately needs to include the USA, Russia, Iran, Turkey, Lebanon, the EU, representatives of the different factions at war in Syria, the Kurds from Rojava, and civil society groups.

The people of Syria need to be given their right to decide the future of their country by peaceful means, and it is time for citizens internationally to stand alongside them, before we are all pulled even further into global conflict that can only escalate and spread.