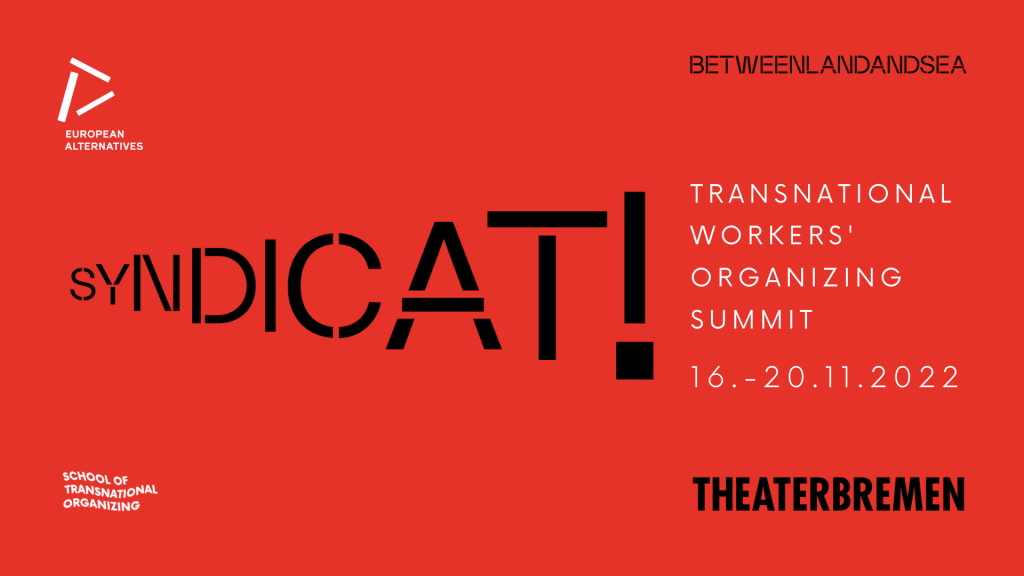 Workers are rising across the planet, as for us the climate crisis is a transnational class struggle which is hitting working people first and foremost. As a matter of survival migrant, climate, racial and workers’ justice groups are organizing themselves everyday to pool their capacities and resources to change the course of history and resist the inhumane conditions we live in. They build organizations, movements and campaigns capable of fighting for transnational climate justice, decent green jobs, ecological housing, decolonial education systems, universal healthcare … Because if it’s not workers organizing the social, ecological and political transformation we need, the current economic system will literally destroy the ecological systems upon which our lives depend – as it already does for many of us. It’s not as it is often claimed that working-class people do not care. They care very much. What they lack are the democratic rights and powers to care as they would like to.

How can we build a powerful transnational ecology of movements based on the local struggles and issues we face?

And how can we ecologize our struggles in order to build the power which allows us to have control over our lives, workplaces, and futures, and to care for ourselves, our communities, and the planet as we would like to?

During the Transnational Workers’ Organizing Summit under the title »Syndicat!«, taking place in Bremen, as part of the »Between Land and Sea« Festival, as a community of 50 migrant workers, climate justice organizers, and anti-racist activists as well as trainers, artists, and theorists from across Europe we will meet in Bremen for four days of non-public discussions, training sessions, and a public transnational assembly of workers’ solidarity, as well as an inspiring programme of theater and dance performances, exhibitions, and films, to build new transnational bridges between workers’, migrant, and climate justice struggles.

In addition to the non-public sessions, there will also be a public “Transnational Assembly of Workers’ Solidarity: Towards Ecological Syndicalism!” to which everyone is warmly invited.