The author, Gianluca Solera, is a member of the Advisory Board of European Alternatives. Read his full bio here. 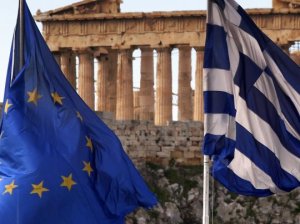 The Treaty of the European Union says: «The Union is founded on the values of respect for human dignity, freedom, democracy, equality, the rule of law and respect for human rights, including the rights of persons belonging to minorities. These values are common to the Member States in a society in which pluralism, non-discrimination, tolerance, justice, solidarity and equality between women and men prevail». «It shall promote economic, social and territorial cohesion, and solidarity among Member States», and «It shall contribute to peace, security, the sustainable development of the Earth, solidarity and mutual respect among peoples, free and fair trade, eradication of poverty and the protection of human rights» in its relation with the wider world.

Solidarity and democracy are founding values of the European Common House, and these have been the values which have made of this transnational institution a stabilizing force and a model for the neighbouring peoples. When these values do not inspire any more political courage and vision, the EU as a political project is at stake.

Syriza, the coalition of leftist political groups that recently won the Greek elections, certainly lack ministerial experience and European diplomacy, and its unconventional political performance bothers the EU administration. During a recent visit in Greece, a group of German journalists highlighted the fact that in the first three months of its mandate, the new Greek government was only able to issue two laws – the first one to alleviate the internal humanitarian crisis (for instance, discounting the arrears owed by families unable to pay their energy bill), and the second one to soften charges and fines applied to dilatory tax debtors – while a third one on the living conditions in Greek prisons and the release of debtors from detention was on the parliamentary agenda. However, is it not better to have no new laws than bad laws? Have we forgotten that Syriza has not created the crisis of the Greek State, its corrupt system, its burden of privileges and injustices, its easy expenses? Other political parties, affiliated with the governmental forces leading the chancelleries of countries such as Germany or France, did. Why should Syriza then be accused of the current budgetary disaster of Greece? Why should it be forced to apply the same measures which have not helped to redress the course so far? Between last Tuesday and Wednesday, the Greek Prime Minister asked for a package of 30 billion € from the European Stability Mechanism to avoid the default and restructure of public debt within two years, but the EU leaders did not take it on board. In the same hours, the European stock exchange markets burnt off almost 290 billion € of capital, almost 10 times more than the last Greek offer for a reasonable deal! Bank rescue operations in Europe have been the rule since 2008; why such an iron fist against the Hellenic nation?

Greece is both patient and doctor. Forced to take drugs delivered by a multinational pharmaceutical company who looks at symptoms but does not care about the causes and the effects. Nobel prize laureates such as Paul Krugman and Joseph Stiglitz have in the last hours defended the line of the Greek government, appealing to the Greeks’ historical mission to oppose democracy to the project of a Europe of winners and losers, a Europe of non-solidarity. Can you believe that the man in charge of convincing the Greek government to stay within the lines of the austerity doctrine, the president of the European Commission, Mr. Jean-Claude Juncker, during twenty years channeled Luxembourg toward making its fortune out of the robbery of European industrial gains, upon the shoulders of workers and public administrations, reshaping the Grand-Duché as Europe’s largest tax haven? Can we really forget that the role of victim nowadays played by the German Chancellor does not honour her country for the debt relief it enjoyed after the end of the two World Wars, and which contributed to lay the bases of the current German economic primacy?

«More than a partisan and cynical choice» says prof. Georges Prévélakis «for Syriza, breaking-up with Europe would stand for the refusal to betray the deads [the tradition of egalitarianism and the struggle against authoritarianism and fascism] for the well-being of the alives. For a Europe accustomed to economic rationalism, these aptitudes might look irrational. This story reminds us that political life is not only made of digits and calculations, but also of history and culture».

The project of a Europe of winners and losers is the same which is inspiring slogans and policies (or non-policies) with respect to refugees and migrants, the same which has let post-Arab Spring countries slip into disorder and renewed authoritarianism.

Take Egypt. If fewer than two years ago the current president, al-Sīsī, was depicted as a putschist, he is now considered the best political and commercial partner in the Mediterranean Arab region.  Las March, the Italian company ENI signed a cooperation and development agreement for oil and gas exploration for the value of 4,5 billion € with the Egyptian authorities. Two months later, it is the time of the German company Siemens to be awarded record energy orders that would boost Egypt’s power generation by 50%, for a total value of 8 billion €. And this while freedoms are violated, media scrutiny and political opposition screwed up, justice has not yet been made on the killings perpetrated against the youth of the 2011 Revolution, the number of political prisoners is estimated between 20,000 and 40,000, and the struggle against corruption spares military intelligence and security forces. Even South-Africa, with its extraordinary experience of post-Apartheid reconciliation, acts more courageously than Europe. And last June, al-Sīsī cancelled a visit to attend the African Union Summit in Johannesburg, after a lawyer’s association in the country filed an official request for his arrest upon arrival, for war crimes and crimes against humanity for the killings that resulted from the 2013 regime change.

Take Syria. While the political narrative is focusing on the threat posed by the Islamic State, we as Europeans have left the democratic opposition alone, and allowed Damascus’ regime to militarize the 2011 protest, escalate into a civil war and encourage the Islamisation of the opposition camp. There is no talk any more of a no-fly zone above the Syrian cities which are the targets of horrendous daily barrel-bombs campaign by Damascus’ regime. It is proven that there are connections and shared interests between al-Asad’s establishment and the Islamic State. The Islamic State sells oil to Damascus and Damascus is helping to operate the terrorist movement’s oil and gas facilities via regime-close characters such as businessman George Haswānī, whose assets have been recently frozen by the EU. Any strategy to dismantle the Islamic State, which does not target the Damascus regime, is almost certainly meant to fail, and leave the Syrian people to their own desperate fate. The same fate which made them 20% of the refugee population arriving in the EU last year, by far the largest incoming refugee community.

Even the Tunisian State, after the terror attack in Sousse of last June 26, is tempted by the will to restrain freedoms and put civil society under scrutiny, therefore to enforce severe security measures like «the» response to terrorism, with the risk to stigmatize the watchdog role played by the country’s independent civil society. Tunisia does not need a generalised crackdown on Islamic movements, which would further radicalise the context, but a dialogue with non-violent Islamic groups.«No attempt, even approximate, to analyze the connections existing between Islamic radicalization in society and security forces abuses has been made, nor to analyze the connections with the lingering injustices that the current government has not addressed and does not want to, and the rights neglected or the dignity violated by the institutions. No attempt to explore the reasons why an important number of youngsters move toward the most radical alternative, and often the only one, in a phase characterized by a fragile revolutionary process and the return of ancient regimes» notes Tunis-based activist Debora del Pistoia. We, as Europeans, who were able to overcome the injuries of the last World War, should facilitate this dialogue, support the democratic transition, and the consolidation of the rule of law and of fundamental freedoms. We should listen to the cry of pain of the Syrians. We should not fall in the trap of feeding the collective imagination of a hopelessly cursed triangle between terrorism, migration and Islam. We deserve a contemporary foreign policy worthy of the values our continent has offered its blood for.

This week, an extraordinary astronomical event has happened in the sky: the conjunction of the planets Venus and Jupiter, drawing closer together. Venus is the Roman counterpart of the Greek goddess Aphrodite, whose functions encompassed beauty, love and prosperity. Jupiter was instead the Roman counterpart of the king of gods Zeus, the god of sky and thunder. It is fascinating to evoke the inextinguishable presence of ancient Greek culture in our modern times, and this conjunction between the symbols of beauty and authority seems indicative of the specialness of our times, where the relation between citizens and power needs to be reshaped. Newspapers, politicians and analysts talk about the Grexit risk. Personally, I wonder whether what is most scary in certain circles is the possibility that Grexit ends up in a success story, no financial cataclysm takes place and proves that you can access or quit a monetary union democratically, depending on the conditions that are imposed on your own people. I believe we should be more concerned about another kind of «exit» that we can name Eurexit, the departure from a vision of a cohesive, democratic and just Europe. A Europe of winners and losers, a Europe built on competitive interest, deprived of its spirit of solidarity, would mean the end of the European dream. Eurexit is what we should denounce and challenge, in the name of the Greek people and of the neighbouring peoples striving for freedom, democracy and social justice.