Art and politics beyond the Wall: 5 days of Transeuropa in Palermo

You are here: Home / Euroalter News & Stories / Art and politics beyond the Wall: 5 days of Transeuropa in Palermo 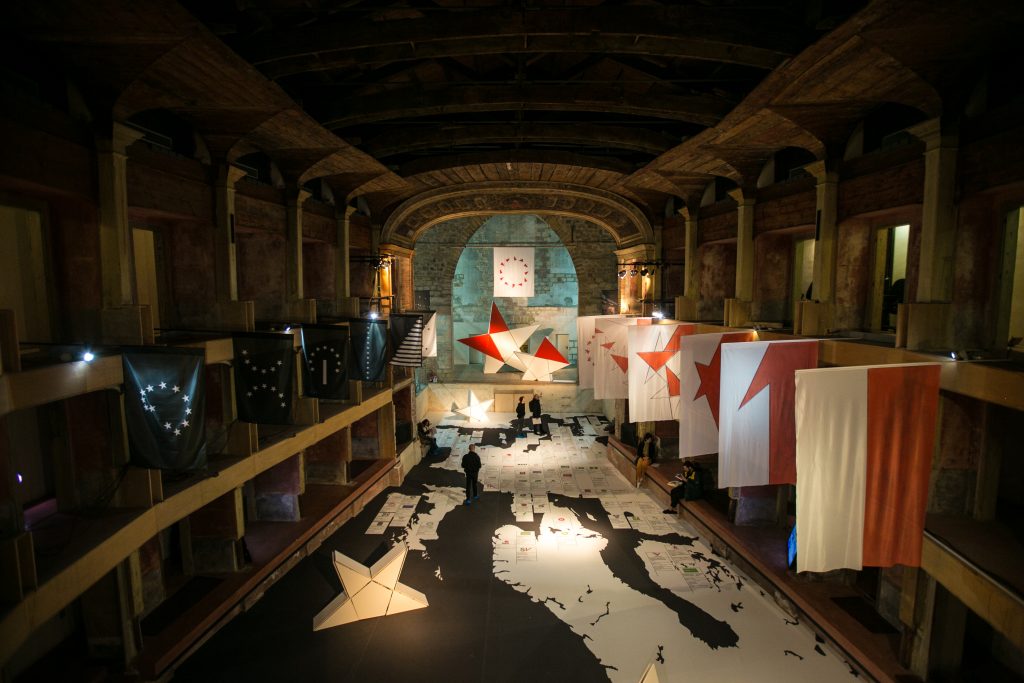 From the 6th until the 10th of November the team of European Alternatives has been in Palermo to organise and celebrate the 2019 edition of our Transeuropa Festival, under the title ÜberMauer – Oltremuro – Beyond the Wall.

Hundreds of people from Palermo and across the globe came together on the occasion of the 30th anniversary of the fall of the Berlin wall with a message of open borders, freedom of movement and exchange of cultures. Palermo may be imperfect, but it is a beautiful city where magic can happen. There is openness, welcome and union, which are some of the central themes around which this edition of Transeuropa was conceived and unfolded.

The Garibaldi Theatre hosted the opening of Transeuropa with an international symposium organised in collaboration with the Warsaw Biennale and the Kiev Biennale tracing the possible refractions and unions between the southern and eastern periphery of Europe. The symposium was opened by Orexis an artistic performance that took place within the installation New Unions by the artist Jonas Staal, presenting an improvisation inspired by the themes of Transeuropa 2019, which the dancer and choreographer Silvia Giuffrè created ad hoc for the space together with the composer Giovanni di Giandomenico.

In cooperation with the University of Palermo, Europe’s Future’s Program of IWM, ERSTE Foundation, London School of Economics, Green European Journal, and Another Europe is Possible, we hosted the second “Europe for the Many” conference with the aim to set out a vision and strategy for the democratic transformation of Europe. Some of the key speakers on the day were Ann Pettifor, Mary Kaldor, Philippe Pochet, and Marco Cappato, among others.

Within the context of the conference, the mayor of Palermo, Leoluca Orlando, and the mayor of Izmir, Tunc Soyer, participated in a conversation moderated by Lorenzo Marsili about the role of cities in facing the migratory, climatic and social challenges of our time. The conference was followed by a literary aperitif and the books presentation of “A Vision for Europe” (ed. David Adler & Preethi Nallu), “Exodus, Reconing, Sacrifice: Three meanings of Brexit” by Kalypso Nicolaidis, and “The Case for a Green New Deal” by Ann Pettifor.

A festival of arts, politics, culture, but also music! We counted with the presence of Heiner Goebbels, one of the most important exponents of contemporary music and theatre scene. He gave a lecture for the students at the Conservatory Alessandro Scarlatti in Palermo and performed on Friday in front of more than 400 people at the Church Santissimo Salvatore the musical project The Mayfield with the participation of Camille Émaille, Gianni Gebbia, Cecile Lartigau, Léo Maurel, Nicolas Perrin, and Willi Bopp.

From Thursday to Saturday at the Cre.Zi.Plus we organised the School of Palermo, an academy on transnational politics bringing together local students and international activists from different disciplines, to explore contemporary European challenges and imagine a world beyond the nation-state. The School included master classes and workshops as well as the participation to the Europe for the Many conference, on three main thematic areas: Green New Deal, European Democracy and Free Movement. It was very inspiring to be part of a public dialogue gathering academics, journalists, intellectuals and civil society campaigners to create innovative and practical solutions to the major challenges that Europe is facing.

Apart of the installation New Unions by Jonas Staal at the Garibaldi Theatre, we also had the pleasure to co-host the first edition of Transhumance, an exhibition series for the public space curated by Izabela Anna Moren, which opened with the double project People of Tamba and Senegal/Sicily.

The third exhibition co-hosted by Transeuropa has been Tentacles in Sicily / Scratching the Surface, curated by N38E13 and produced by the Berlin duo Kg Augenstern exploring abandoned Sicilian places, understood as spaces for the transformation of the landscape, scratch the sensitive “surface” with their “Tentacles” detecting the specific sound.

The Mediterranean route of Transeuropa Caravans also joined Transeuropa Festival for their last actions on the road. The team coordinated two major performances, one at Teatro Garibaldi with the Visegrad route under the title ManufActurist, about the lives of men and women working in factories in CEE; and a musical and theatrical performance near the seaside in cooperation with the local organisation Maghweb. The performance, called Oltre i muri was designed and created by Gianluca Badon and it proposed a piano concert with the most significant pieces of the album “The Wall” by Pink Floyd interchanging with the reading of poems and writings of some of the most important authors of our time.

Finally on Sunday, with The New Gospel, the celebrated playwright and director Milo Rau and his team returned to their origins by staging the Gospel as the passion of an entire civilisation. The well-known activist Yvan Sagnet played the first Black Jesus, and the twelve apostles were played by migrants who work in the fields and live in the ghettos of Southern Italy. After the crucifixion in Matera and the resurrection in Rome – the centre of political and religious power – the new Jesus and his apostles set off on their “first mission” to Palermo for the closing day of Transeuropa 2019.

The programme of Transeuropa has been produced in synergy with the wider program of the BAM – Biennale Arcipelago Mediterraneo, an example of virtuous cooperation and transcendence of borders. You can already find some photos of the first days of Transeuropa on our open folder, read online our Transeuropa Journal produced in collaboration with Arts of the Working Class, check the press coverage, or watch some of the video trailers by the Palermitan organisation Maghweb.

Our actions in Palermo are not over yet: TransHumance is still present across the city in different locations, installed outdoors in the historic center and peripheries of Palermo; but also at the Teatro Garibaldi we continue to co-host a series of talks about art, migration, borders and culture that are part of the “Gravitas” programme by the local organisation KAD – Kalsa Art District.

This was just a part of Transeuropa 2019 in Palermo, we invite you to discover the city beyond the wall.