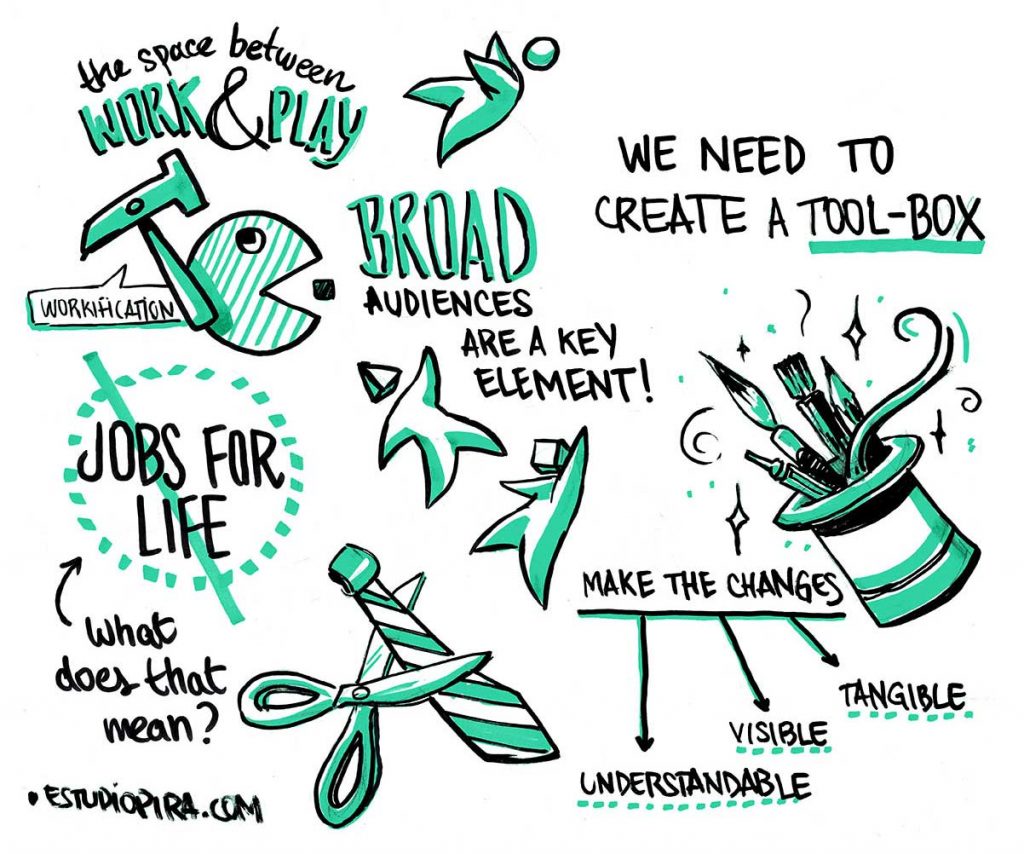 LABOURGAMES was a three-year artistic research project. It questioned the relationship between work and play and creates innovative perspectives on the current work system in Europe – by producing games on this topic.

The overall project consists of five components: ARTISTIC SEARCH, GAME JAMS, GAME DEVELOPMENT, ANCHOR EVENTS during the testing phase of the games and the DOCUMENTATION of the project process in digital form and as a print version.

As a result of the ARTISTIC RESEARCH, a comprehensive report was compiled in 2017, which summarized the research on game development and working environments in the Netherlands, Greece and Germany and served as the basis for the subsequent GAME JAMS at the various locations.

During the four GAME JAMS in the participating countries about 50 game ideas are developed around topics around the work. Five of them flow into specific game products in 2018 during the GAME DEVELOPMENT phase and then be disseminated.

In order to reach the wider public and different target groups, LABOURGAMES cooperates with established event structures such as the GameRome Festival, the PLAY Festival in Hamburg or the IT- Engineering conference of the labour union IG Metall.

Thus, game-loving young people are addressed as well as classic union members. Because the working world of the future affects us all.

LABOURGAMES is a project initiated and co-ordinated by the Berlin-based art association urban dialogues in close collaboration with anschlaege.de. In cooperation with Open State Foundation (NL), H.A.B.I.T. Research Group, University of Athens (GR).