Transeuropa Open: organise events for the opening of our biannual festival 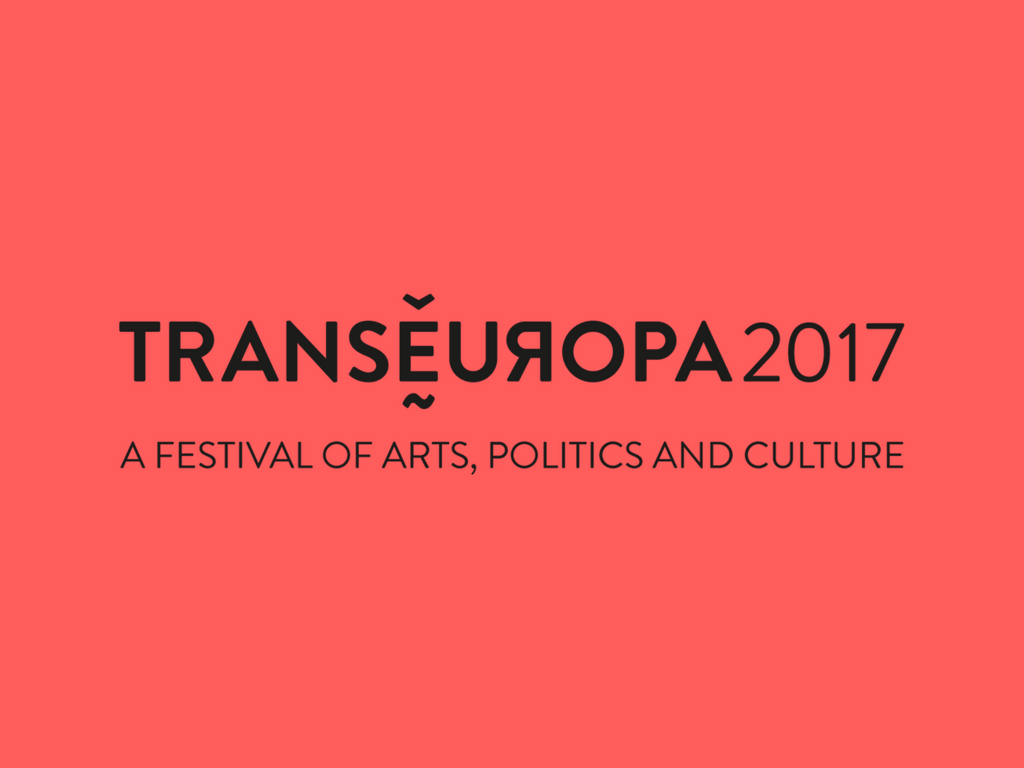 Transeuropa is an unusual artistic, cultural and political event organised by European Alternatives since 2007. Transeuropa attracts thousands of attendees and active participants through a decentralised event structure in over a dozen European cities and a high profile moment in one city. For the 2017 edition, Transeuropa, under the motto “Convergent spaces”, will take place on October 25-29th in Madrid, with official support by the city hall. To bring a translocal dimension to Transeuropa, we plan decentralised events in different cities across Europe for the opening of the festival on Saturday, October 21st. And you can make it happen!

Transeuropa unique approach aims to set a transnational, open and innovative cultural and political space, make grassroots and civic alternatives to political institutions visible, and foster network cooperation and mutual support. It serves as a point of convergence to exchange ideas, concepts and alternatives for a Europe in turmoil. In particular, we focus on three thematics, which will be at the core of Transeuropa Open:

> The city and democracy from below: all across Europe, we observe new forms of democratic governance at the local and city level (Ahora Madrid, Barcelona en Comù, the city of Naples, etc.). We believe that active citizenship empowers activists to run for city governments’ elections and enables to connect to institutional realities and influence national governments and European institutions. How do cities and citizens platforms reinvent democracy in Europe? What are the recipes for success?

> Europe as commons: we believe in the right to the commons. Commoning relates to network-based cooperation and localised bottom-up initiatives that create self-managed systems satisfying important needs. These systems often work outside markets and institutions while pioneering new hybrid structures. How do the commons shape our communities today and invent new ways of reclaiming our autonomy over the decisions that affect our lives?

> Europe as a place of refuge: in the public discourse migrants and refugees are represented as a “threat” or “welfare abuser” and the “refugee crisis” is used as an excuse to hide a crisis of politics. We want to reclaim Europe as a place of sanctuary for refugees and of human rights protection both inside and at its borders. How to create opportunities of exchange between newcomers and the general public and how to create safe spaces that critically address xenophobia and racism?

Sounds interesting! How to participate?

The Transeuropa Open activities should take place during the day and evening of Saturday, October 21st and relate to one or several of the three thematics of Transeuropa. The formats of the event can be diverse and can range from workshops and debates to performances, exhibitions and concerts. We will give priority to activities which:

> relate to one or several of the themes of Transeuropa above.
> inspire people that local initiatives or movements cross borders and have a transeuropean dimensions.
> are participatory or have innovative forms of artistic expressions.
> engage a coordinating team of at least two persons with whom we can follow up the organisation of the activity until the day of the event.

European Alternatives provides support to design the event, find potential partners and speakers, support the communication and dissemination of the event until October 21st. We also will make available for each applicant team up to a maximum of 500€ to support the event, depending on the activity, the location and the already available resources of the coordinating team (number of people involved, free venue, etc.)

Submit your proposal using the online form before Sunday, August 14th at midnight

The selected ideas will be announced by mid-July and further support will be provided.

If you have any questions regarding the organisation of the opening events of Transeuropa, please do not hesitate to contact events@euroalter.com.