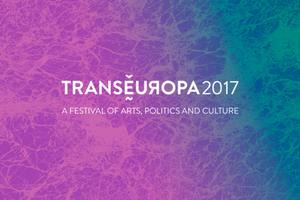 Picture the moon for a moment. If we talk about fostering a politics beyond the nation state, we do not mean the nation state will be gone tomorrow. But we consider it very worthwhile to explore what lies beyond it; it is just like looking beyond the moon, it won’t make the moon disappear.

Exploring the possibilities of going beyond the nation state happens at many levels and indeed ever since we have invented the nation state just a few hundred years ago. The arts, culture but also visionary politicians have long been advocates for alliances and networking beyond nation-state. Today it goes without saying that nation state politics cannot tackle the global challenges of climate change, migration, technology, economic interdependence and social justice on its own. And yet, putting a particular country’s interest first and above others has helped win elections and referenda – even if precisely those interests cannot find satisfaction within the old and increasingly ineffective national logic. Going beyond the nation state must not mean simply emphasising the transnational level: on the contrary it can mean renewed autonomy at local level, for cities, municipalities, for citizens. These days, democracy itself seems to have turned into a farce in places like Hungary or Poland – to use examples close to home, countries priding themselves to be illiberal democracies. In a situation where liberal democracy is under such threat, what does it mean to stand up for democracy? How can we act democratically if we speak from our private niches? Have we reached a point in which we understand democracy as a system that guarantees us rights but doesn’t call on us to take over responsibility – and I want to add, solidarity?

We, at European Alternatives, have worked to open these spaces of exchange and debate for many years and Transeuropa has been our prime way of doing it, in a transnational manner, across Europe in now more than 30 cities. We want to converge these conversations in Madrid this year, as this city has seen an amazing process of citizens mobilisations from back in 2011 to the city hall take over by the citizens platform Ahora Madrid in 2015. Starting from decentralised activities in more than 11 cities on October 21st we will open Transeuropa on Oct 25th in Madrid. After two days of workshops and debates that go deeper into the issues we will end on a high note with a public conference in partnership with the Kiev Biennale: THE NEW INTERNATIONALE: BELOW AND ABOVE THE NATION. The partnership with a Ukrainian cultural initiative underscores at least another element of our conception of Europe: namely that Europe cannot be bordered, and that it goes well beyond the institutional space of the European Union.

The 2017 edition of TRANSEUROPA’ unfolds from three central themes, that help reflect on the levels of below, above and beyond the nation state.

1) Europe as a Refuge?: Reclaiming Europe as a place of sanctuary for refugees and migrants and of human rights protection both inside and at its borders

Solutions are often found at the local level, this is why we invited the cities of Palermo, Naples, Gdansk and Madrid and former German presidential candidate Gesine Schwan to debate the role of municipalities in offering shelter to newcomers. The Union of Street Vendors will host a workshop about migrant workers self-organisation and artists such as Oliver Ressler and the collective of ‘Artists-at-Risk’ will show their works and visions. We are particularly pleased to be able to showcase the powerful multi-media performance Idrissa by Metromuster with Nakany Kanté and premiere the documentary ‘When Paul came over the Sea’ in Spain that has already won awards from film festivals in Germany, Austria, Ukraine and China.

2) The Commons: Furthering the thinking of a commons-based society through analysis, knowledge-sharing and exchange

In collaboration with the European Commons Assembly, a network of Commons activists established in 2016, we discuss experiences of managing commons to advance both the processes and tools as well as the narrative of commoning in our communities. The focus is on urban commons and public policy-making in the city halls of Spain and beyond; as the programme is mainly workshop based a public assembly with city governors from across Europe will allow for a larger group reflection. Through several site visits around Madrid participants are able to visit local practices of commoning and engage and learn from these projects. On Saturday, Ugo Mattei together with Commoners from across the field will debate how the commons offer a political vision for a democracy beyond the nation state.

In a situation of vanishing sovereignty at nation state level, citizens have taken control over local institutions, working to transform their cities into cities of shelter, solidarity and social justice. How can we fund the cooperative city? What digital tools help us to participate and be informed citizens? How can we contribute to radical urban policy making? These are just some of the questions we will address. We will also present a collectively developed open source mapping platform of cities of change’ from around Europe and introduce ways to get engaged.

There are many new dynamics at the local level which are working for political change, inside and beyond our continent. Movements from cities and municipalities, citizens’ initiatives and platforms, feminist and LGTBIQ+ collectives, are all working towards the Europe of tomorrow, to prove that the change happening can only take place through a renewed political vision that takes place simultaneously below and beyond the national borders. Any change that takes place at a local level has to be connected to a European dimension, so as to consolidate the break and reconfiguration of power relations. Without that dimension, the actions stay isolated and blurred, losing symbolic power and the strength of a collective effort.

We are proud that many of those who are part of these political and social fights or even initiate them are coming to Madrid. We are stronger if we build, work, and unite. Heartful thanks to our partners and everyone who has contributed to this endeavour. Come along on October 25th – October 29th and make your voice heard.