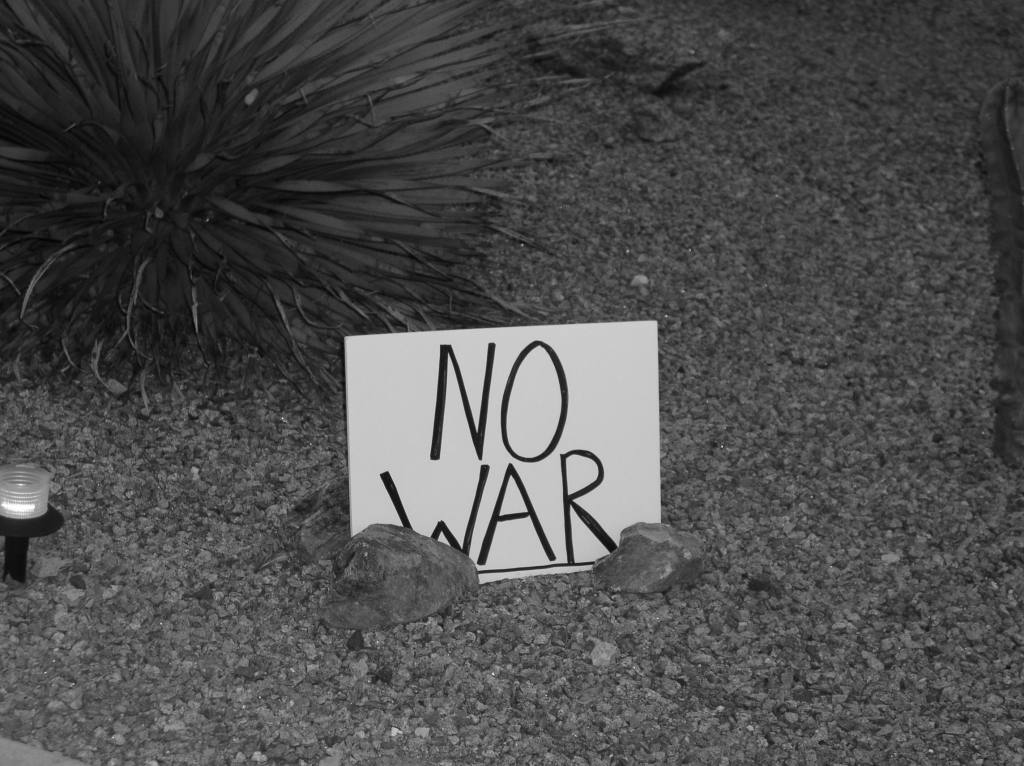 We, people living in Europe, in the Americas, in Africa, in Asia, with diverse biographies, backgrounds and connections, believe that human rights are universal and their respect is an imperative for peace. In the name of that belief we call for Russia to end the war in Ukraine and withdraw its invading forces.

Wars of aggression bring suffering and oppression to millions of people in different corners of the world. The fight to stop them and efforts to guarantee human rights and freedom from oppression and authoritarianism are part of the same universal struggle. Our support goes to people resisting war everywhere. Our solidarity is with the refugees that flee war or persecution: they must receive hospitality and welcome.

We believe that our present actions create the future. Any positive future for peace right now relies on the failure of Putin’s aggressive invasion. Ukraine should receive the support and resources it needs to exercise its right to self-defense and guarantee the security of its citizens. It should have a clear and realistic path to membership in the EU.

We welcome the decision of the International Court of Justice to order the withdrawal of Russian forces from Ukraine and the commencement of the investigation of war crimes. Those involved in planning, preparation, initiation or execution of an act of aggression against Ukraine must be held responsible. The prosecution of crimes committed in this war will serve to reaffirm the supremacy of international law, and act as a precedent for the future.

The prosecution of crimes committed in this war will serve to reaffirm the supremacy of international law, and act as a precedent for the future.

We also welcome the decisions of the United Nations General Assembly to condemn the act of aggression against Ukraine. Focusing on humanitarian aid and cessation of hostilities should be a priority, meanwhile it is high time to reflect and discuss with civil society on how the UN should be reformed to better address such challenges.

The ways wars are brought to an end, and peaceful relations between people are created, will be definitive for any future multilateral security order. Once the military hostilities have ceased, civil society, women, youth and marginalized groups must be part of the negotiations that lead to a new security structure and to democratic governance. Human security and human rights – including in their social, environmental and digital dimensions – should be at the centre of these renewed security agreements.

We all have but one planet. The danger of nuclear war, climate emergency and ecological disasters mean that maintaining peace is an imperative for the very survival of humanity.  Wars destabilize not only parts of our globe – they add to the universal insecurity and undermine the possibility of addressing shared threats. New impetus is needed for nuclear disarmament, for transition away from polluting energy sources, and for addressing inequalities globally and inside each society.

Wars are being waged in the context of an ongoing autocratic wave across the world. The goal of ending wars is a cause for democracies to come together and for people to unite across many divisions and borders. Let us pledge a common search for peace and freedom, justice and equality – as well as solidarity and support for those who fight for them, be it in Europe, Africa, the Americas, Asia or the Middle East.

If you wish to be among the signatories, please send an email to: euroalter@protonmail.com.

April 20th
We, people living in Europe, in the Americas, in Africa, in Asia, with diverse biographies, backgrounds and connections, believe that human rights are universal and their respect is an imperative for peace. In the name of that belief we call for…
Leggi di più