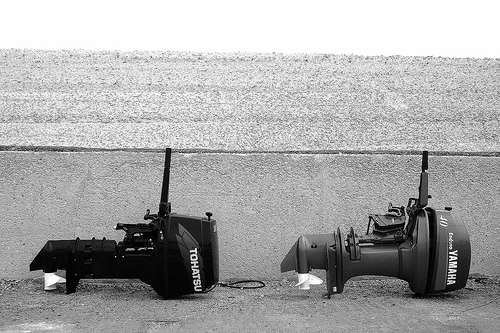 Can you state how many deaths have occurred at the Meditterarnean border and approximately what percentage of these deaths are due to the rejections and the outsourcing policies of the EU border countries? Is a such an estimate even possible?

No one can say for sure. Due the arrests and the dismissals of those who organised these sea passages at Tripoli, for now the departures from Libya have stopped. Hundreds of Eritrean and Somali people living on the borders at Tripoli, hope to leave sooner or later. They keep guard every night for fear of being arrested during the door to door police raids in the densely populated areas of the Libyan capital. Meanwhile, in the south of the country people are still moving, not knowing where they will end up. In the deserts, accidents continue to occur. Since the Spanish and Italian maritime borders are closed, the floods of migrants are moving towards the Turkish and Greek borders, where there was a significant increase in migrants last year and where the dead continue to be found every day. The majority of these deaths occur at border rivers such as the Evros which separates Turkey and Greece, rather than at sea.

Why has Europe entrusted the control of its borders to Libya, a state which has not signed the Geneva Convention nor any other international humanitarian convention?

It seems that Europe does not care much for these conventions and that Libya is very skilful at negotiation. Meanwhile, there are the Libyan contracts to supply gas to Italy, the commercial contracts involved in the rebuilding of Tripoli, Libya’s capital investments into Italian banks and military armaments purchases between Paris and Rome.

In order for ‘reassurance’, Europe insists on countries signing the Geneva Convention on political asylum so it is likely that Libya will sign it. But this still does not reassure me in the least. Countries like Morocco and Egypt have signed the Convention and yet have never prevented and still do not prevent their border police from shooting dead those who attempt to cross their frontiers. This is evident in the example of the 14 deaths in Ceuta and Melilla in 2005 and the 50 or so victims shot along the borders between Egypt and Israel at Sinai in the last three years. We must also understand that not all those who are arriving at Lampadusa are refugees. The problem is much more complex than that. What do we call an Ethiopian boy leaving to look for work in Milan? Since he is not fleeing political persecution, do we lock him up in a cell for two or three years? Who decides who is saved and who is not?

What do you think of the recent EU-Libya Framework Agreement and in particular the aspects relating to cooperation on so-called irregular migration?

It’s very worrying. By closing the borders we are creating a problem that will continue to grow. It solves the need for deploying military devices and cooperating with the state police bodies like those in Libya. Why does Europe not invest its own money in mobility projects? Why not create an “Erasmus of the Mediterranean”? Why not introduce ‘freedom of movement’ within the Mediterranean, like in Eastern Europe? Did anything happen on the 1st of January 2007, when Italian borders were opened to the millions of Polish, Bulgarian and Romanian?

But does the management of migrants and the protection of migrants’ rights in the Libyan state actually work? Is Europe allowing human rights violations in its cooperation with Libya?

Firstly, yes it works. The numbers are there. They tell us that the people arriving at Lampadusa and Sicily are coming on boats from Tunisia and Egypt rather than Libya. But that is not the point. We need to broaden our perspective and look at the world as though it were a large city; a city with a poor neighbourhood and rich neighbourhood. Each morning the unemployed leave and go to the richer neighbourhood in search of work. The rich people are sick of seeing these beggars in their neighbourhood so they put an army around the borders of the neighbourhood so that no one can enter. After a week, hundreds are arrested and some have been killed and now there are no longer people coming to this affluent neighbourhood. So does it work? Yes, but only if we look at the situation from the perspective of the rich people. Europe is not only an accomplice but also a hypocrite by saying ‘everything is fine’, when no one, except for a few members of parliament, has the courage to speak out.

Why has Europe become ‘a fortress’ by stopping the so-called influx of migrants?

For the reasons highlighted above, the poorer citizens have discovered that in order to live, they must travel to another land and find their fortune. Europe is this land. Cheap manual labour is needed to sustain the European economic system, as well a younger generation of workers who can pay taxes and pension contributions. However, Europe wants to manage these workers like they would manage goods. They decide the quantities of imports needed and they import them, just like with any other good such as bananas or cars. So for those who travel without documents, refugees or not, this is a type of ‘political action’ that is breakng that pattern. They are taking away the right to travel and to decide where to live. Today citizens from the world’s richest countries are able to travel the world by aeroplane, while in the seas below so many people die for that same trip…

What role does the active European citizen have to play in order to counteract this decline in migration and to ‘reopen’ the concept of asylum in Europe?

There are thousands of things that can be done and thousands are already being done. This is because Europe is a paradoxical land. It is a land of rejections, militarisation of borders but also a land of freedom, for now at least. Every city is organized into a resistant alternative. In this global village, the only antidote to policies that create poverty, injustice and war, is the countermand on the ‘freedom of movement’. An example would be if the 4 million Iraqi refugees who fled the bombs of Bush and Co. had decided to arrive at an airport in the heart of London or New York, rather than remain in Syria, Jordan or in the refugee camps in Iraq. If this had happened, can we be sure that our governments would still have supported the war?