Helen Flautre on the Tunisian crisis 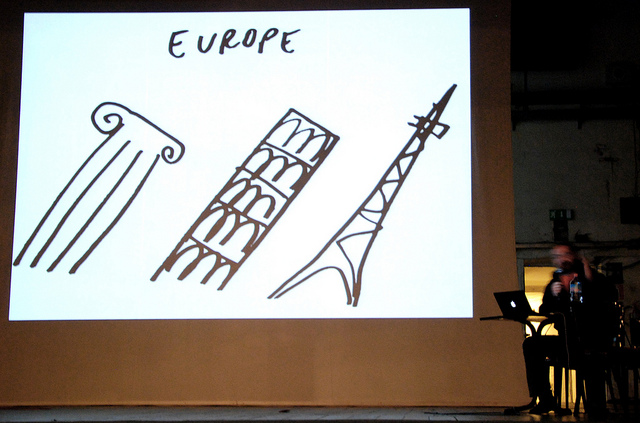 AE: Does Europe have the credibility to help Tunisia create a democratic political sphere?

Hélène Flautre: Europe must meet two conditions in order to act as an effective partner to Tunisia. Firstly, we must learn the lessons of the revolution, take a critical approach to a review of the Association Agreement with Tunisia, and adapt it to this new set of circumstances. Secondly, the EU must place limits, and draw up a framework for negotiations with oppressive regimes like that of Ben Ali. This goes for all countries still ruled by dictatorships.

I believe that the EU can re-establish legitimacy to its role in Tunisia by placing Member States and EU representatives, who can act as credible and competent advisors to Tunisians in the learning process of implementing democracy. The EU must also suspend negotiations with Tunisia and re-direct all its resources to ensuring free and fair elections. If it wishes to act as a genuine partner to Tunisia, the EU must now play a role in the democratic process.

This change in EU policy should be applied to all policies and negotiations with autocratic regimes.

AE: Do you believe that Union for the Mediterranean still has an important role to play?

Hélène Flautre: The Union for the Mediterranean (UFM), and all the organisations for Euro-Mediterranean cooperation must learn from recent events in Tunisia. The UFM has placed too much emphasis on cooperation on technico-operational programmes, with little attention given to civil liberties and democracy. The experience of the Tunisian revolution demonstrates that we cannot continue to cooperate in strategic sectors while avoiding the issues of the state of democracy and civil liberties, and how we can ensure effective improvements in these areas.

AE: We have witnessed the important role of new media in spreading the word on the protest movement amongst the Tunisian people. Do you think the internet will play a key role in the creation of new forms of citizen participation and debate?

Hélène Flautre: The internet and social networks have undoubtedly played a catalytic role in mobilising people and disseminating information. It is also worth pointing out that Ben Ali employed considerable energy and resources using cyber-police in an attempt to control internet and telephone communication between dissidents. Oddly enough, this strategy was ultimately used against him too.

The definitive lesson we must learn from the Tunisian experience has to be that there is no point in trying to control and censure all means of expression of political opinion in civil society. However, what we have witnessed is not an “internet revolution”. The Tunisian revolution is far from virtual, and is based on effective campaigns and real problems such as endemic corruption and unemployment.

The internet has been essential in bringing the campaign to the Tunisian people and disseminating it amongst them. We must give all dictatorships, as well as the Hungarian regime, the message that imposing censorship on communication channels can only result in conflict between the government and the people.

AE: How can the European Union strengthen the strong ties that exist between civil society in Europe and Tunisia, beyond inter-governmental level?

Hélène Flautre: Real cooperation and solidarity facilitated the advent of the Tunisian revolution. Tunisian activists were able to count on the support of their compatriots in Europe and in France through associations and professional organisations such as the Association of Tunisian Women, Tunisian unions, the League for Human Rights and the legal profession. This kind of cooperation constituted a means of continuing the resistance, in particular, by advocating change in financial policy.

The EU clearly has a special interest in increasing this kind of international exchange and cooperation, in order to strengthen societies which have been weakened by autocratic political regimes.

The EU has specific financial measures for taking action in this area, such as the European Instrument for Democracy and Human Rights, the objective of which is the promotion of democracy and human rights in non-EU countries.

This is not the first time that the importance of exchange between civil societies has been recognised. The absence of a Euro-Mediterranean partnership to promote cooperation and exchange between civil societies on democracy and civil liberties was highlighted in an evaluation of the Barcelona Process in 2005, as an essential element that was lacking in the Process. A partnership for cooperation on this issue is essential. Political will and EU funding must focus on the promotion of democracy and civil liberties from now on.