The commons as a renewed political force for Europe 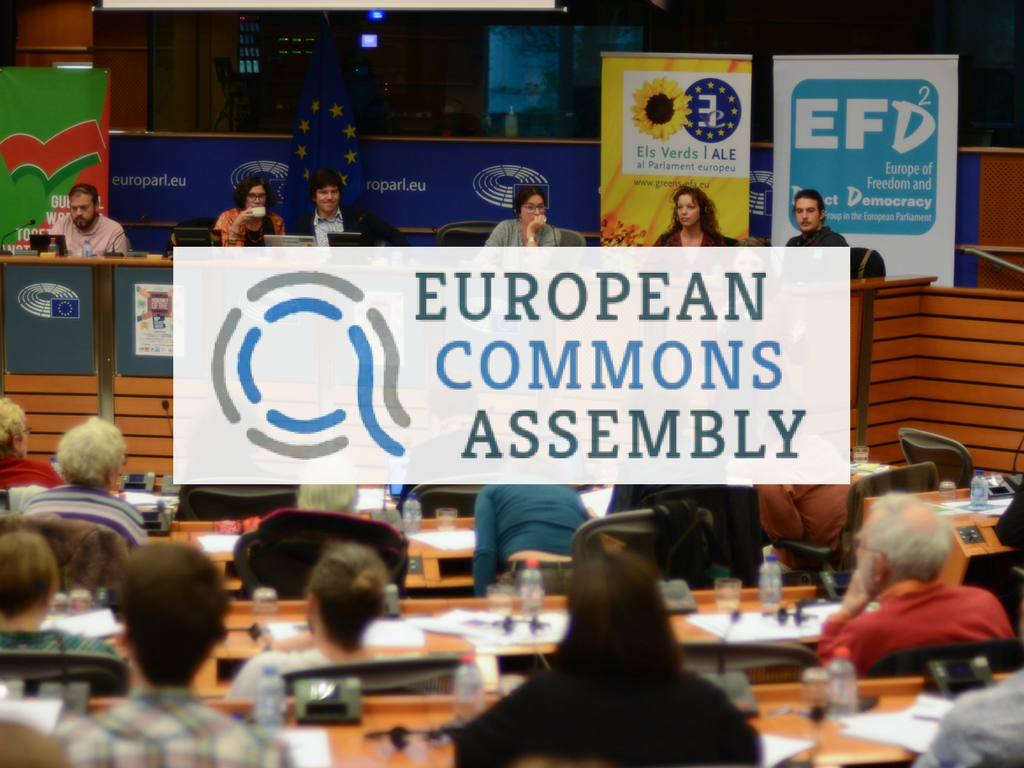 The European Commons Assembly continue exploring how commoners can bring the advent of political alternatives from the local to the European level, and articulate joint demands for urgent political issues.

The commons are emerging and developing to become a political force with the strength to contract neoliberalism. The first European Commons Assembly, launched in November 2016 with approximately 150 commoners at various spaces around Brussels and the European Parliament, can be understood as the evidence of the aspirations and discourse of the commons becoming a renewed political force. The on-going nature of the ECA, aims to lay the foundations for a united and strong European commons movement based on a twofold goal: 1) support the decentralised activities of commoners and their engagement in concrete, collaborative and bottom-up actions and 2) give a voice to the commons and campaign at the European level, including in the institutions, to build a flourishing European political civil-society movement for the commons.

The ECA continue exploring how we can bring the advent of creative institutions and political alternatives from the local to the European level, and articulate joint demands for urgent political issues, including:

As the European institutions are losing efficiency and credibility in tackling most urgent issues of our times, the commons movements are claiming to go beyond borders and serve as the ground to start implementing new policies to address the “democratic deficit”. Throughout Europe, European citizens are increasingly aware of the need for a different model of globalisation. From those resisting the privatisation of resources to the occupation of public spaces against neoliberalism, the commons movement aims to be the political expression of European citizens.