Apply for our Act4FreeMovement Training Series 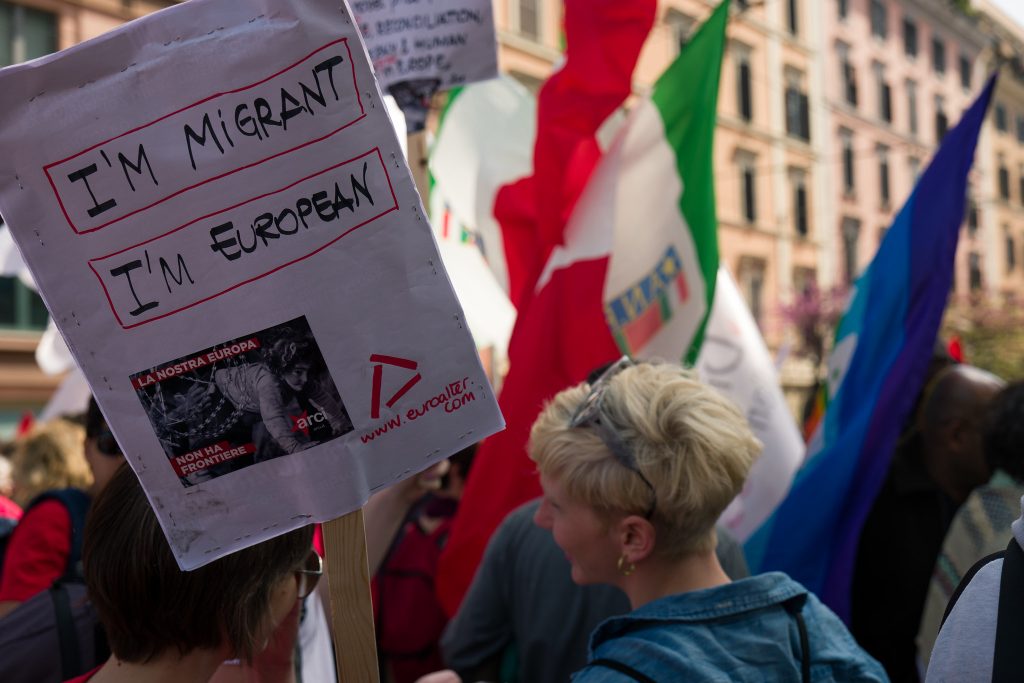 Across the EU, citizens face increasing insecurity in their rights, attacks against their persons and even threats of deportation. The nature and the consequences of this insecurity and the drivers of hostility can be different, in particular between Western and Eastern Europe, and so it is vital to address this issue by being active across Europe and advocate for mobile citizens rights.

Over the last few years, we have seen attacks on EU citizens in some member states, deportations in others and difficulties for EU citizens to access the rights they are entitled to in a number of countries. Brexit has highlighted in many ways the difficulties EU citizens can face, but should not be seen in isolation, with EU citizens facing problems in realising their right to move, and to move with their families, in many countries, from Belgium to Sweden, Germany to Romania.

European Alternatives is collaborating with Krytyka Polityczna and European Citizens Action Service (ECAS) to build a group of activists to fight this. You’ll be provided with training from experts in EU citizen rights, in campaigning and in project management and tasked with conceptualising, developing, and rolling out a campaign against restrictions to freedom of movement for European citizens.

Trainings will take place in Warsaw in September 2017, Madrid in October 2017 and London in January 2018 and will focus on:

> Understanding the drivers for hostile or ignorant attitudes to mobile European citizens and addressing practices of discrimination.
> Learning how to influence decision-making processes and complaints mechanisms at the EU level.
> Developing and running campaigns and projects ideas advocating for the protection of freedom of movement and of EU citizens rights.
> Identifying and networking with effective partner organisations as well as with grassroots activists from across Europe for continuous collaboration.

Following the trainings, activists will be provided with the opportunity to apply for small grants to carry out their campaign in their countries/cities/localities.

For this, we’ll not only provide you with the money, but we’ll be there to support you throughout the process – helping with campaigning planning and design, communicating your project and financial planning amongst others.

These campaigns will last up to six months and will be presented at the Campus of European Alternatives in the summer of 2018 in Florence.

Sounds interesting? Who can participate?

We’re looking for dynamic, enthusiastic people starting out in their career or getting involved in European political action who can commit to coming to all trainings and carrying out a campaign.

Still interested? We have a few requirements – you should be:

> Resident in one of the 28 EU-Member States.
> Proficient in English.
> Some knowledge of the issues of freedom of movement, EU mobile citizens rights and migrants right and some experience with advocacy, campaigning or policy influencing would be useful.
> Deeply committed to organizing a campaign or action during the training.

We’re looking also to represent the diversity of people living in Europe. We are particularly committed to enable the participation of people from racial and ethnic minorities, people from LGBTQI+ communities, people with disabilities and people who identify with disadvantaged economic classes. If you don’t identify as one of these groups, we still want you to apply – but if you know of an awesome person who does, encourage them to apply as well!

Apply for the training by filling out our online form before Sunday, July 2nd at midnight.

The registration fee to attend the training series is of 150€ and includes travel costs, food and accommodation costs and training materials. If you cannot or partially can pay the registration fee, please let us know at the end of the form, we will get in touch.

If you have any questions regarding the Act4FreeMovement training series and application process, please do not hesitate to contact citizenrights@euroalter.com.

The training series is supported by the European Programme for Integration and Migration (EPIM), a collaborative initiative of the Network of European Foundations and is led  by European Alternatives, the European Citizens Action Service (ECAS) and Krytyka Polityczna