You are here: Home / Projects / CARE 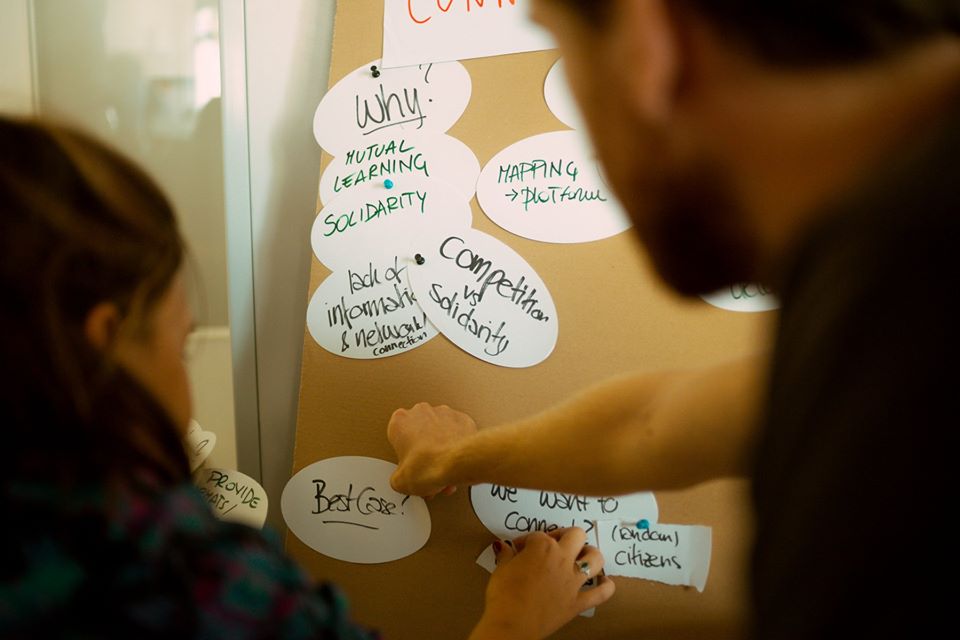 CARE (Citizen Assemblies for Renewing Engagement) provides practical and research-based evidence of how citizens can most effectively engage in any debates about the future of Europe, and influence the EU policy agenda.

The EU urgently needs new democratic tools to reduce the distance felt by EU citizens from EU institutions, to challenge the rise of populism and to strengthen EU citizen participation in EU policy making. To achieve this, the Europe for Citizens funded project CARE for the Future of Europe has developed and evaluated an EU appropriate form of citizens’ assembly during 2018. In geographically dispersed offline meetings and in online debates, citizens have had the opportunity to understand, discuss, challenge and develop ideas that relate to the common question: how can we increase effective citizen engagement in debates about the future of Europe, and influence EU policy?

Over two weekends, representative groups of citizens in Berlin, Rome, Cluj and Budapest met to discuss how they can make Europe more citizen-led. Participants deliberated on the democratic future of the EU in a structured, informed process, and developed policy recommendations for a more democratic Europe. Participants deliberated on five options to strengthen citizen participation in EU decision-making presented by experts: legislative crowdsourcing, citizens’ assemblies, referendums, enhanced consultations, and citizen lobbying. Participants chose two options to examine further in day two: referendums and citizens’ assemblies. At the end of day 2 they voted to recommend the establishment of an EU Citizens’ Assembly.

The citizens’ assembly is a deliberative democratic instrument that allows regular citizens, rather than special interest groups or experts, to participate in the agenda-setting process in a structured and informed way. In a citizens’ assembly a representative group of citizens learn about, deliberate upon, and make recommendations in relation to a particular issue or set of issues.

The CARE project has shown that there is a real appetite for ‘doing politics differently’, and that citizens want to participate in the complex questions facing Europe in a balanced and constructive way. The project has provided practical and research-based evidence of how to use a decentralised EU citizens’ assembly using an innovative approach that has built on deliberative methods of recent years. We have seen that the use of mini-publics as part of an EU citizens’ assembly is an excellent way of providing spaces for flexible, inter-societal engagement in EU policy-making and treaty conventions, in a geographically and culturally diverse polity such as the EU.

A project by University of Liverpool, WeMove.EU, European Alternatives Italy, Asociatia Efectul Fluture (de-clic initiative) in Romania, and DemNet in Hungary, and the ECI Campaign.